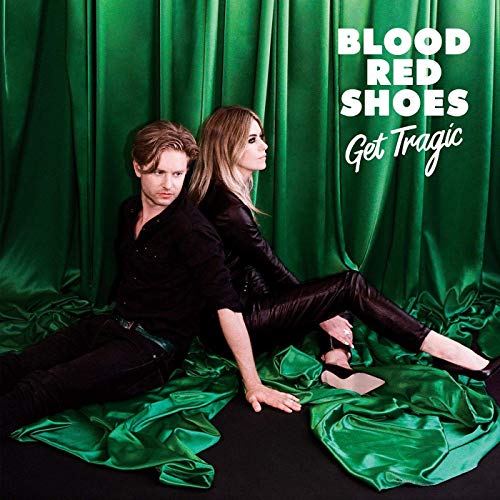 After the tour of their self-titled fourth LP, Blood Red Shoes hit the buffers; it was the end of a long line where the duo had become trapped in the cycle of release-an-album-tour-write-an-album-release-an-album-tour. Suffice to say, after being in close proximity for nearly a decade, Laura-Mary Carter and Steven Ansell needed a break from one another or as Ansell puts it “fuck you, I never want to see you again”. Carter jetted off to LA and ended up working in a writers circle pitching songs to the likes of Rihanna, while Ansell “went out and took drugs and went clubbing for about half a year”. In reflection, the pair recognise they’d slid into a “classic break- up move” and “that everything we’ve been doing over the last three years is kinda tragic!”. And with it, Blood Red Shoes’ fifth record gained its moniker – the autobiographical ‘Get Tragic’.

By their own admission, ‘Get Tragic’ was a difficult album to conceive; Carter and Ansell were driven out of a Welsh town they’d decamped to for writing sessions (we’re talking almost pitchforks and flaming torches), they hired and fired a multitude of managers, thought about scrapping the Blood Red Shoes name altogether and the icing on the cake – Carter broke her arm in a motorbike accident. How ‘Get Tragic’ ever became an album is a modern-day wonder. With Carter unable to play the guitar, this prompted the vocalist/guitarist to turn to keyboards as well as singing more so than ever before. This forced instrument change breathed new life into Blood Red Shoes and this drove the two piece to experiment with a range of electronics but merging them with their noisy brand of rock ‘n’ roll. ‘Get Tragic’ is the band applying digital nuances to organic arrangements and with it, Carter and Ansell have created something truly innovative whilst maintaining the band’s core aesthetic

With a tweaked sound and a wealth of inspiration generated from their tumultuous semi-break-up, Blood Red Shoes’ new album ripples with a new-found vitality, one that bares the scars of a fraught relationship from the very beginning. Album opener ‘Eye to Eye’ is built on burbling synths and clipped vocals that lead into a dirty rock stomp, which frames Carter’s sultry tones. The singer can be heard purring “we don’t see/we don’t see/we don’t see eye to eye” which now makes perfect sense given the pair hated each other’s guts not so long ago. ‘Anxiety’ booms and claps with a robust beat and a serrated guitar tone as Ansell takes over vocal duties, which has him murmuring “I feel the future slip away from me/it’s unravelling like a ball of string”. Ansell’s debauched 6 months of partying reverberates through ‘Vertigo’s menacing scuzz, as the drummer nonchalantly declares “I feel like nothing and I love it” like a man spiralling out of control and not giving two shits about what happens next.

With Blood Red Shoes tinkering with electronics and subsequently enjoying a rich, creative purple patch, ‘Get Tragic’ forays into waters previously uncharted by the pair; ‘Howl’ is a wash of synth burbles and a myriad of digital nuances combined with staccato percussion blasts, ‘Mexican Dress’ is a funky, fuzzy motherfucker that invokes Blood Red Shoes are their most danceable and their most sexual. The same can be said for ‘Bangsar’, a song that commences with crunching beats and chopped up vocal samples before morphing into a colossal rock animal. At the record’s core, there are three tracks that feature guest artists; ‘Nearer’ is a collaboration with The Wytches, it’s a song the grinds and slithers with a horror film penchant; Ed Harcourt delivers roughhewn backing vocals on the Portishead-like ‘Beverly’ and then there’s ‘Find My Own Remorse’ where the band sound like ‘In Rainbows’-era Radiohead thanks to a repetitive beat and cyclical acoustic strums that are eventually enveloped by a beautiful hymnal glow. Clarence Clarity’s aching croon is interwoven amongst the track’s rich sonics; it’s not an exaggeration that the guest vocalist’s tones are genuinely heart-breaking and tender, so much so that when Clarity trills “follow this ride until the end/silence is my only friend/I can’t give these thoughts the time of day” you hang on his every word.

Thankfully for us, Blood Red Shoes have reconciled after their period of enforced separation to deliver the best album of their career so far. Forget ‘Get Tragic’ the record should be called ‘Get Terrific’. 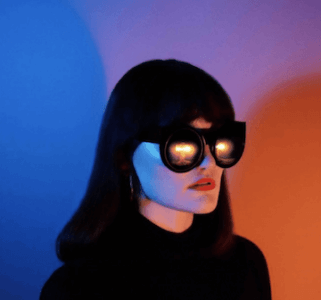