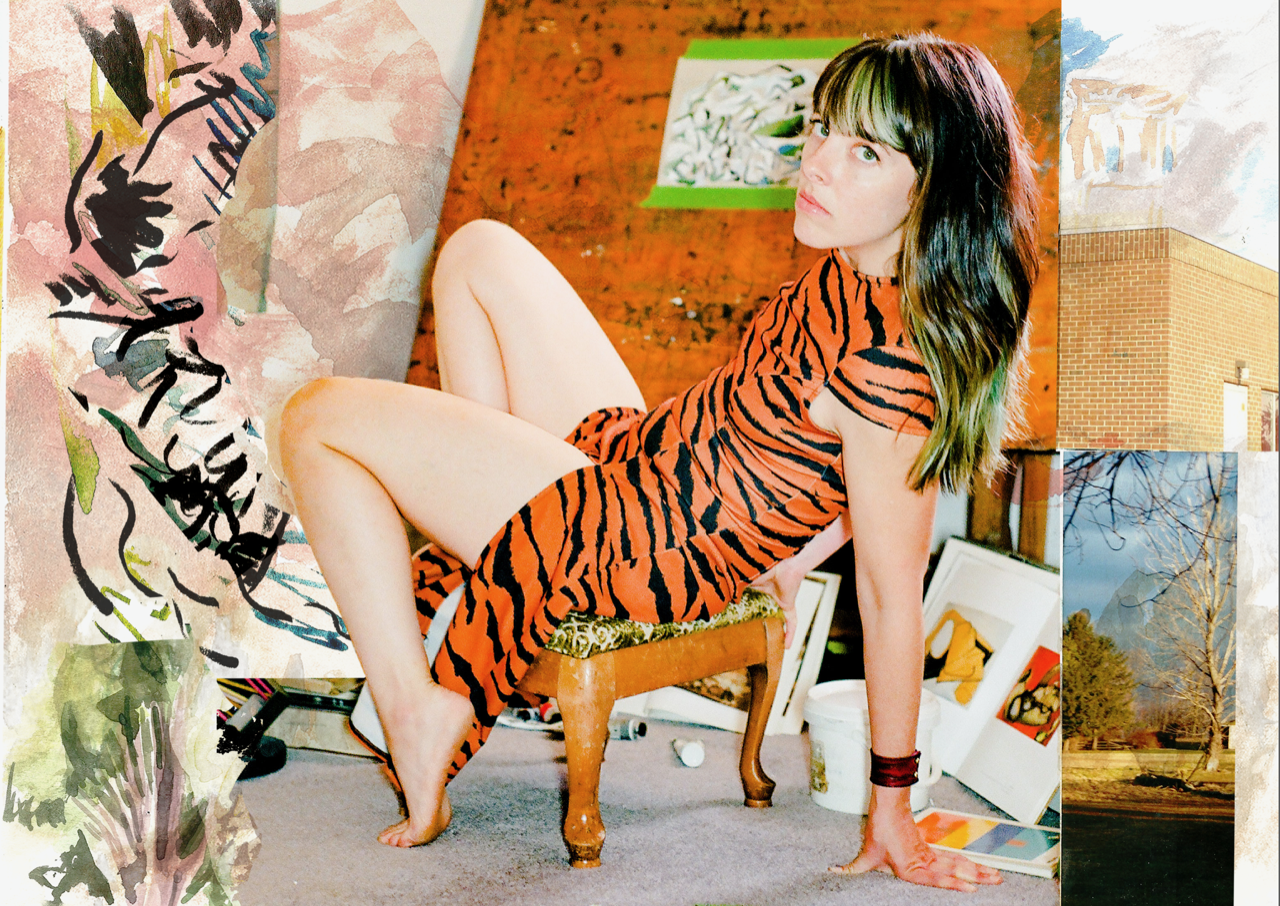 Frances Quinlan has one of the best voices in music right now. Not only her captivating singing voice but the way she uses it combined with masterful melodies and unique phrasing to capture every ounce of emotion that can be squeezed out of all of her songs. As the lead singer of the wonderful Hop Along Quinlan has released three great albums, 2012’s Get Disowned, 2015’s Painted Shut and 2018’s Bark Your Head Off, Dog and now she is set to release her first collection of solo material Likewise on January 31st via Saddle Creek. With Likewise Quinlan took a more exploratory direction with her songs than she has in the past and because of this has put together a wonderfully charming debut that has all the hallmarks of her work with Hop Along while expanding the sonic palette of that previous work. Stepping away from the rest of the band, somewhat considering bandmate Joe Reinhart produced the record, has opened up Quinlan’s world in terms of how she approaches songwriting and recording in a way that may change the way she works from here on out.

“The timing just seemed right to put something out under my own name,” explains Quinlan when we reach her in her hometown of Philadelphia. “Two of the songs on Likewise were originally recorded for the Bark Your Head Off, Dog sessions and it dawned on me that I have more than one identity musically and rather than having these as B sides I thought I try this out,” she says with a laugh. The soft-spoken musician had actually intended Hop Along to be a solo project. Originally named Hop Along, Queen Ansleis during Quinlan’s senior year in high school, the project developed when Quinlan decided that wanted to be in a band. “I used to record with my older brother Mark, who also plays in Hop Along and when I went away to school I kept writing and learned Cubase but wanted to be part of a band. It made sense to perform on my own but I really envied the camaraderie that being in a band brings.” When embarking on putting together the songs that appear on Likewise, luckily Quinlan had the help of her family of bandmates. “Joe (Reinhart) produced and engineered the whole thing himself and Tyler (Long) played bass on the album so I was very fortunate to have them there,” she explains, “Missing these three amazing musicians to collaborate with, the difference that makes having them there was huge.”

For Quinlan, putting these songs together herself though proved to be quite the unique experience. It caused her to put aside some of the tools she had previously relied on and made her branch out and experiment with different things. “I wanted to take risks and experiment with this record,” she says,”When I started writing these songs it was all on the guitar and I love to play the guitar but it’s a tool and I’m not married to it in the way I am married to singing.” It wasn’t until most of the album’s tracking had been finished when Quinlan realized that was a tool she didn’t really need to rely on. “After we recorded some of the songs, I had went to LA and was secretly learning some keyboards,” she says, “about a year later we all got together to finish up some recording and Joe at one point just pulled out the rhythm guitar we had tracked on one of the songs and hearing to like that, having that identity suddenly not be that thing that holds the song up and realizing it didn’t need to be there, really opened up how we approached the rest of the record.” Now with the album finished and about to released Quinlan is prepping to perform these songs on the road.”It’ll be an interesting thing,” she says, “I’ll be performing these songs solo. It’ll be strange not having the band there to lean on but hopefully it’ll be a good experience and a cool way to really connect with the audience”

Connection and communication are the main themes of Likewise. Everything about the way the album is recorded, more sparse than Hop Along with most of the emphasis on Quinlan’s vocals, all the way to the album cover which is a self portrait the artist made herself, shows her willingness to strip away any artifice and have the collection really represent herself. With less reliance on guitar and the addition of synths and electronic beats, the record shows a new side of the singer/songwriter but something that is equally honest and beautiful as what she has released previously. This intention to be as open as she is here should show not only a new world open up to herself as an artist but something more for her fans to explore while hanging off every word of that captivating voice.