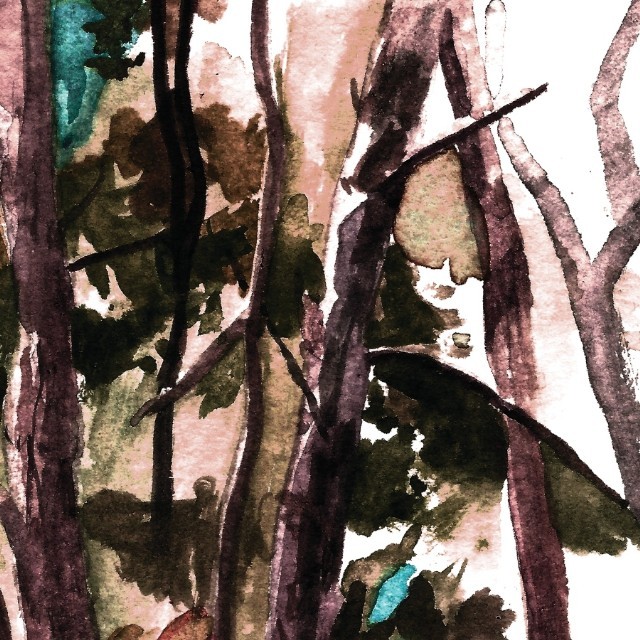 Bark Your Head Off, Dog

Even the most visceral-sounding bands need to evolve, and Hop Along have done that in spades on their latest LP. Introducing strings, electronics and a whole range of new sonic experiences into their voice, the band manages to avoid simple novelty by finding interesting ways to use each new idea. Though it’s not totally breaking new ground, for Hop Along this is an amazing step in a new direction for them as a band.

Hop Along almost seem to play a quick musical joke as “How Simple” starts the album joking about simplicity while shifting from light strumming guitar to a full band. As its rhythms and instrumentation grow into a wonderfully intoxicating swirl of ideas that make listeners want to dance and thrash away, they create a wonderfully complex track that brings true depth. In the heavier riffs of “Somewhere A Judge” the heartbreaking story plays against their noticeable pop backing to make a track as intriguing as it is bouncy and fun. Every riff cuts out with the same unhinged energy that makes their vocals and tones unpredictable to make a track that keeps listeners on their toes.

“How You Got Your Limp” introduces a surprising amount of strings and moody tones into Hop Along’s sound for a track that immediately stands out in their discography. The countryside atmosphere doesn’t take away from a very focused song that tightens things down for a track that really packs a lot in unexpected ways. The subtle surf touches to “Not Abel” makes its off-kilter rhythms feel even more strange, especially as the strings turn to a more plucked and pointed energy. Frances Quinlan’s vocals really encapsulate this soft and sharp energy well as she can match any end of the track’s sound effortlessly and naturally.

Through much more electronic and modern pop energy, “The Fox in Motion” finds Hop Along using their new instrumentation to make their dynamic writing pop even more. Each explosive chorus really burst with a wider sonic breadth, and make you realise just how ambitious the band has gotten for this record. “One That Suits Me” while a much more classic Hop Along sound, finds them really going all out in their performances, whether it be the sublime punches of riffs or belted vocals. Quinlan really outdoes herself on this track too, as she manages to even find a tender side to her raw and raspy vocal style.

“What The Writer Meant” ties in the strings in a worrisome and rhythmic fashion, as the drums and side melodies create a strange tension in the song. It all comes out in the choruses however, as the cathartic shouts and hits of pop-energy turns them into cathartic releases. As they explore new effects and sonic moments they’ve never even touched on previous records, it’s wondrous to hear them go to sheer demo quality on “Look Of Love.” The most exciting part here however is how the song’s fidelity slowly grows to match each emotional notch the song ramps up and slowly becomes a fleshed out song without any fat in the sound. The anger injected into their most folksy timbres on “Prior Things” suggests a personal story and lets Quinlan invite audiences in to really take in each lyric. Quinlan also really explores ends of her vocals here to make the song just as gut-wrenching as it is shocking.