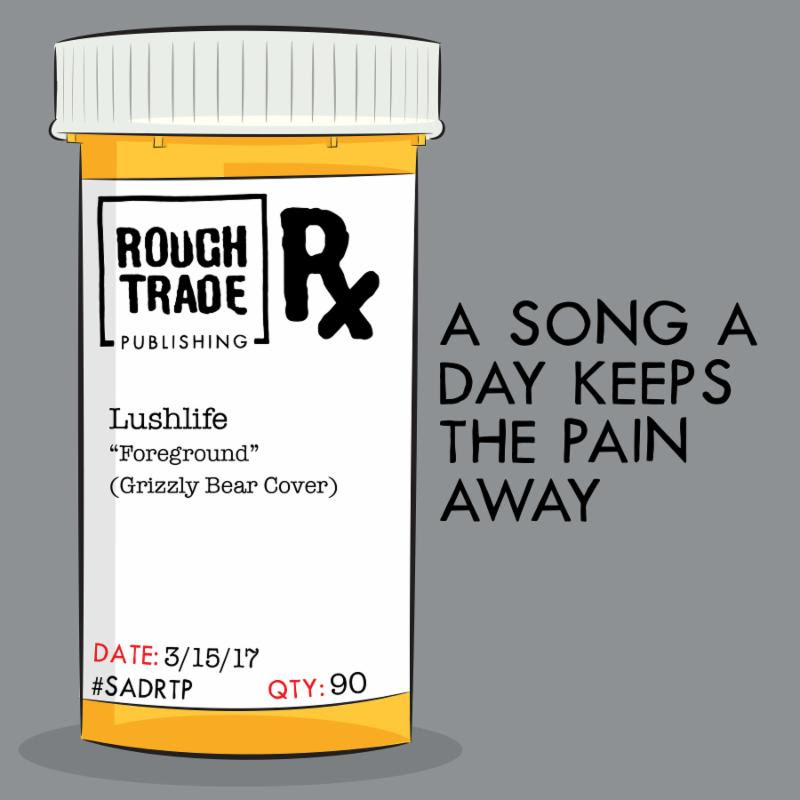 Rough Trade Publishing is continuing its battle against the forces of evil with the all-star “A Song A Day Keeps The Pain Away” program. The revolutionary subscription series sees a previously unreleased song from one of RTP’s extraordinary roster of artists released daily for the first 90 days of 2017 via Bandcamp. Subscriptions begin at $20.17, with all proceeds donated to the Southern Poverty Law Center.

“When I was asked to contribute to Rough Trade Publishing’s ‘A Song A Day To Keep The Pain Away” benefit project, covering Grizzly Bear’s outstanding album cut, ‘Foreground’ somehow felt like the right starting point, says Lushlife. “In the moment, I was reacting to the Trump Administration’s Muslim Ban, projecting a song about a relationship falling apart onto man and country. As the administration’s anti-immigrant policies predictably set ablaze a rash of hate crimes against Indian Americans and other minorities (a topic I recently wrote an op-ed about in the Washington Post), the track’s bookending rhymes about xenophobia and nationalism took on a heightened urgency. Ultimately though, my goal was to reinterpret Grizzly Bear’s plaintive joint with buoyant marching drums and fizzy pop synths to emote something hopeful for these bleak times.”

ABOUT SOUTHERN POVERTY LAW CENTER (SPLC)
The Southern Poverty Law Center is dedicated to fighting hate and bigotry and to seeking justice for the most vulnerable members of our society. Using litigation, education, and other forms of advocacy, the SPLC works toward the day when the ideals of equal justice and equal opportunity will be a reality.

Civil rights lawyers Morris Dees and Joseph Levin Jr. founded the SPLC in 1971 to ensure that the promise of the civil rights movement became a reality for all. Since then, we’ve won numerous landmark legal victories on behalf of the exploited, the powerless and the forgotten. SPLC lawsuits have since toppled institutional racism and stamped out remnants of Jim Crow segregation; destroyed some of the nation’s most violent white supremacist groups; and protected the civil rights of children, women, the disabled, immigrants and migrant workers, the LGBT community, prisoners, and many others who faced discrimination, abuse or exploitation.

The SPLC Intelligence Project is internationally known for tracking and exposing the activities of hate groups and other domestic extremists. The Teaching Tolerance program produces and distributes – free of charge – anti-bias documentary films, books, lesson plans and other materials that reduce prejudice and promote educational equity in our nation’s schools. In addition, the SPLC built and maintains the Civil Rights Memorial and its interpretive center, the Civil Rights Memorial Center, in Montgomery, AL, the birthplace of the modern civil rights movement. Based in Montgomery, the Southern Poverty Law Center also has offices in Atlanta, GA, Miami, FL, New Orleans, LA, and Jackson, MS.