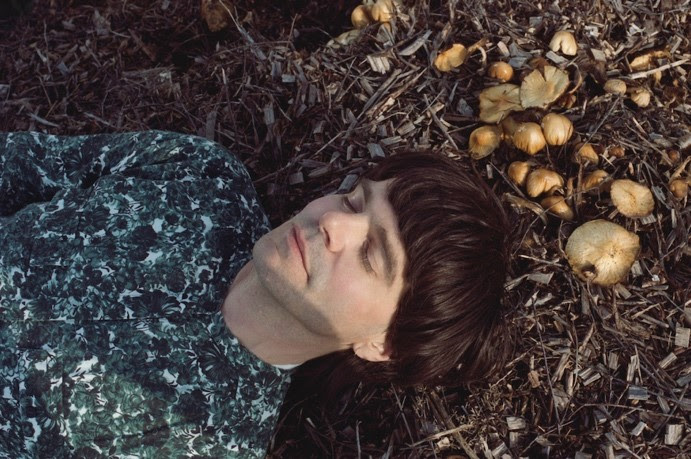 Tim Burgess has announced his new solo album I Love The New Sky will arrive on May 22nd via Bella Union. Along with the news, Burgess has shared the “Empathy For The Devil”. Burgess will be touring in support of I Love The New Sky this March with performances in New York at New Colossus festival as well as SXSW, and many more.

The twelve tunes of I Love The New Sky were authored, he says, “in Norfolk, in the middle of the countryside, with the nearest shop eight miles away. There are no distractions, and I guess that way things happen. I wrote everything on acoustic guitar, and the chords were really considered. The guitar lines would lead the melody, and the melody would inform the lyrics – just dreaming away with music.”

So far, so Laurel Canyon, though I Love The New Sky would end up sounding anything but hippie/folkie, thanks to a connection Tim made while living in a warehouse space in gritty Seven Sisters in North London, before heading to Norfolk. “The Quietus had their office there,” he recalls. “I used to know pretty much all the stuff they were writing about, but then their album of the year for 2013 was ‘Glynnaestra’ by Grumbling Fur, and I really fell in love with it. I started talking to the band about working together. To cut a long story short I recorded a song with Grumbling Fur, they remixed two Charlatans tracks and a couple of Daniel O’Sullivan’s solo albums came out on my label.”

As well as arranging and production duties on I Love The New Sky, O’Sullivan plays bass, drums and piano, from the bouncing chamber-pop chords of “Sweetheart Mercury” and the punchy chorus of “Empathy For The Devil”, through to “Comme D’Habitude’’s juxtaposition of blissfully rolling West Coast singer-songwriting and a complex Sparks-y Broadway-esque bridge, to the Velvets-y ramalama moves on “Warhol Me” and “Undertow’’s sombre balladry.

The album was arranged and recorded quickly but not rushed: “Ideas happen fast, don’t they?” Tim reasons. The first sessions at Eve Studios in Stockport were with long-serving Charlatans engineer Jim Spencer. Tim, Daniel and Nik Void cut three tracks in two days, with Nik layering up modular synths in line with her previous day job in Factory Floor.

A third keyboard maestro entered the picture when Thighpaulsandra, a maverick musician and producer, came into the frame, best known for his work for Julian Cope, Coil Spiritualized and Elizabeth Fraser. “I found out that he was based at ‘Rockfield’ [legendary residential facility near Monmouth, South Wales]. So I said, ‘Okay, that’s where we’re going to record the rest of it’.” As well as enlisting his know-how as an engineer, the cosmically-inclined Welshman also applied vintage synths and what Tim hazily calls “wizardry”.

The results are nothing short of astounding. I Love The New Sky has landed somewhere between Paul McCartney’s RAM and Brian Eno’s Taking Tiger Mountain (By Strategy) and certainly that recipe covers both the all-pervasive tunefulness and high quality. Stylistically, though, it runs the widest gamut, from “Empathy For The Devil”s gospel style rockabilly skip, through to the sophisticated song-craft of “Sweetheart Mercury” and the Nilsson-esque “Sweet Old Sorry Me”, with the angst-y gravitas of “Undertow”, which Tim describes as “a mood-changer, influenced by 10cc.”

Lyrically, this might almost be a defining collection from Burgess after thirty years honing his craft. There’s plenty of typical lightness of touch of “Only Took A Year”s joking reference to the album’s twelve-month gestation period, and the quip, “what’s your favorite Cure LP? I like ‘Pornography! But it could be any one of three.”

“I Got This” has the line “the future is friendly”. Says Tim: “Everyone’s been going through a lot of tough times. And the future is uncertain. But you have to have that optimistic outlook – like, waking up in the morning and feeling that it’s gonna be a good day.”

The final stages of the album’s year-long narrative arc were enacted at Jet Studio in Brussels, with the Echo Collective string section. Burgess looked on “mesmerised at what was happening to the songs, taking an even more magical turn.”