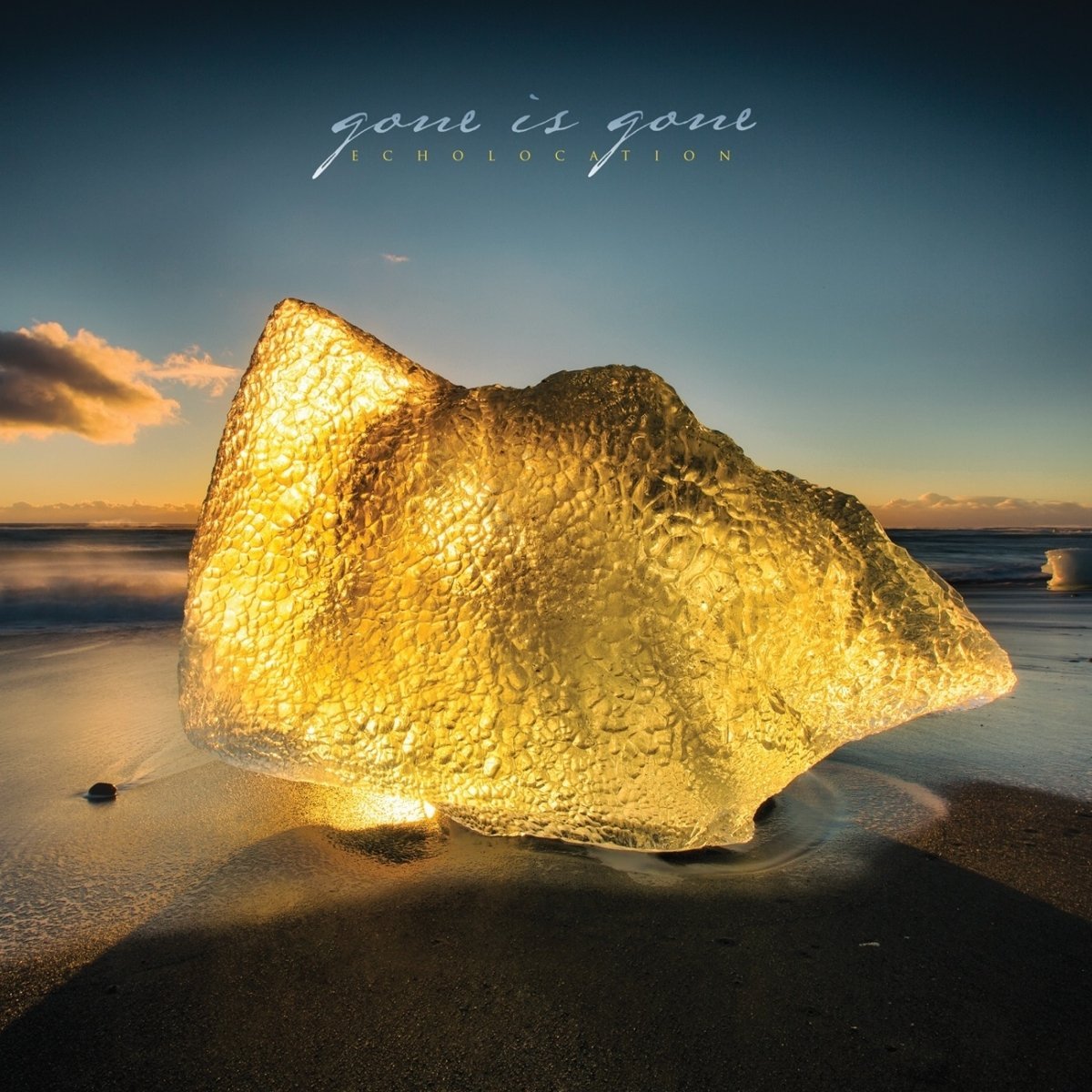 While hard rock foursome Gone is Gone’s roots trace back to 2009, they only fully revealed themselves as being the new project from members of Mastodon, At the Drive-In, and Queens of the Stone Age last April. Since then, the crew have played little in the way of live shows, but have been pretty busy offering up tunes. First up was last summer’s eight-song self-titled EP, and now the act have delivered one of the first full-length releases of this young year, Echolocation. Album title notwithstanding, the band’s dark and brooding hard rock might not find as much of an audience as its members’ collective day jobs.

Drummer Tony Hajjar, of At the Drive-In fame, and keyboard player Mike Zarin first connected at the tail end of the last decade while co-composing film and videogame scores, and this union laid the groundwork to the project eventually known as Gone is Gone. Fittingly, intro number “Sentient” uses a cinematic wash of textured electronic ambiance in its early moments, which comes complemented by distant echoes of guitar from Queens of the Stone Age/Failure six-stringer Troy Van Leeuwen, who joined the project by 2012. The last piece of the puzzle is Mastodon vocalist/bassist Troy Sanders, who generally scales back his familiar burly metal yell. Here, around the two minute mark, the quartet move from moody minimalism towards Hajjar’s simple-but-efficient Cro-Magnon stomp drum work and amped-up, detuned guitars. While expertly performed, the formula never fully energizes the LP.

Stronger tracks include “Gift,” an outright nasty, minor key piece that locks into one of the album’s most Queens-like grooves. An aggressively shaken maraca runs jittery behind Hajjar’s cannon-loud kick work, while Van Leeuwen’s all-fuzz guitar solos slither out of speakers like a rogue Diamondback. Through clenched teeth, Sanders offers up seemingly sage advice: “It’s not how you trip, it’s how you steer the ship.” “Resurge” slows down the tempo a touch, but retains a claustrophobic, dirge-like feel.

On the flip, there’s an open-ended blandness to pieces like “Ornament,” which traffics in enough base-level trippiness and open-ended jamming to consider slotting it in after “Kashmir” during your planetarium’s laser Zeppelin show. Channeling a different sort of “classic,” the watery guitar textures and glitchy keyboard hook of “Dublin” make the track sound like a bizarrely low-key homage to Linkin Park’s “Numb”.

While Echolocation is titled after the system creatures use to pinpoint objects and locations, there’s a vagueness to Sanders’ lyrics that keep the unit from having a clear vision. Sometimes he traffics in glib maxims, as in the aforementioned “Dublin”. Later, he alludes to a war of sorts on the gloomy “Roads,” leaving it up to interpretation if he’s implying something personal, political, or both; “Fast Awakening” has him noting “people drive me crazy in so many ways,” though we never get a good idea of what exactly grinds his gears. “Resolve,” the record’s penultimate highlight, sidesteps this conundrum as Sanders suggests silence can sometimes be more illuminating than a diatribe.

Musically, “Resolve” is one of the least volume-damaged numbers, a light reprieve amongst Gone is Gone’s more-preferred plodding rhythms. Unnervingly, the closing title track has Gone is Gone once again mashing out beige-tinted rock, with Sanders’ vocals mostly blotted out by a wave of digital effects. Given the song title, the latter production choice may be offered up with a wink. It’s unclear if the same can be said of Sanders singing “so glad we found our way” on “Dublin”. For a record seemingly focused on discovery, it’s just so damned cryptic.