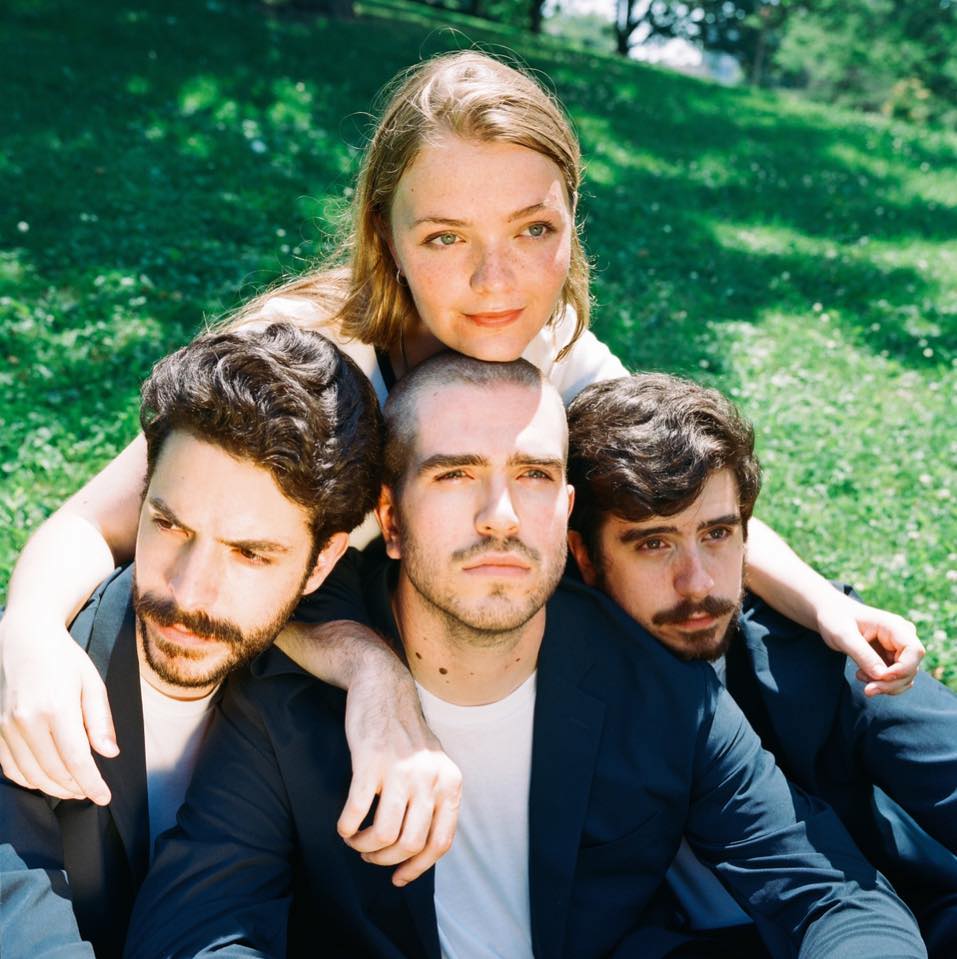 With the global pandemic happening many people are using the downtime they’ve found themselves with to reevaluate things they’ve been doing or try to find some balance that was previously missing from the hustle of everyday life. When we reach Katie Munshaw, front person for pop perfectionists Dizzy, she is in the process of figuring out what is most important to her. “I’m in Oshawa,” she explains on the phone from her home. “It’s been okay, super weird not touring and that is strange and kind of sad. It’s almost like I’m back in high school stuck at home,” she says with a laugh. In fact, it wasn’t too long ago that Munshaw was actually attending school in Oshawa and with long time friend and ninth grade math classmate, Charlie Spencer, started the process of putting together what would eventually become Dizzy. The pair started singing together in the school choir and upon graduating decided not to go the regular route of applying to University but instead enlisted Spencer’s siblings Mackenzie and Alex, who play bass and guitar respectively, and started the band. The foursome’s upward trajectory from novice act to signed rockers was relatively quick as they were picked up by Royal Mountain Records after one of their very first shows in Toronto. The result of their first partnership with Royal Mountain is the ennui dripped pop masterclass Baby Teeth. The record, a sprawling coming of age story set in the band’s hometown of Oshawa, captured the anxieties and boredom of growing up in small town Canada and resonated with listeners across the country. Nominated for the 2019 Polaris Prize and winning “Alternative Album Of The Year” at the Junos, Baby Teeth thrust Dizzy onto an international stage as the band toured with such luminaries as Death Cab For Cutie, Tokyo Police Club and US Girls. With that album’s touring cycle finished, the band set their sights on prepping their next release. People will not be disappointed in their new album, The Sun and Her Scorch, which drops July 31 everywhere. The new record takes all the best parts about the band’s debut and steps things up considerably. The album is beautiful, shimmering and dreamy and one that is perfectly suited for this summer season. As Munshaw relates, “it is the product of the band feeling more confident and wanting to challenge themselves as much as possible to be the best they could be.”

“There was a little bit of pressure,” she explains, “Baby Teeth just kind of happened. Those were songs that we accumulated over the years and it all felt effortless and this time around there was a pressure, a conscious thing about wondering will people like this but that was something we needed to get out of the way of.” Munshaw and the Spencers decided that they wanted to take the reins of the project and went as far to produce the whole thing themselves. Turns out they were more than up to the challenge and even embraced how difficult the process may have been. “Because we decided to produce the record ourselves, it became all about trusting our gut feelings with what we like. We did the first record with Damien Taylor, and that was great but we’ve grown enough and learned enough and really wanted to challenge ourselves. I don’t think we realized how much work it was going to be,” she chuckles. Dizzy decided to take themselves out of each of their daily routines when it came to writing the songs that would make up The Sun and Her Scorch.

“We wanted to start writing again at the top of last year,” Munshaw shares. “We got a cottage in Northern Ontario and set up all our gear and just wrote for a week straight. Soon enough we had a couple songs and we actually ended up writing half the record up there. It was a really collaborative experience.” While Baby Teeth was all about Munshaw’s experience growing up and now with all that she had been with the band since that record was released Munshaw knew that she wasn’t going to be happy just regurgitating the same themes a second time. “Baby Teeth was about your late teens and this one is more about the qualities about myself that I’m not very proud of. I wanted to be completely honest about the things nobody ever wants to admit, like being jealous of your friends or pushing away the people who love you. So instead of being about romantic heartbreak, it’s really about self-heartbreak. It wasn’t a conscious thing right off the top. I started thinking of writing the same kind of songs as I had on Baby Teeth but they didn’t feel genuine. With all the touring we did and touring does become your real life, I started to find myself becoming myself on tour. It was a good time to self reflect and I think that is reflected in the way the new songs came out.”

This level of self reflection shown in her work confirms that Munshaw is an artist truly talented beyond her years. With The Sun and Her Scorch finished and awaiting release, Dizzy has found themselves in a position of not being able to tour and promote the record in a traditional way because of touring restrictions and border lockdowns but that isn’t going to get Munshaw and the band down. In fact, she is embracing this as an opportunity to try new things and to use it for further self reflection. “It’s interesting,” she says. “I would love to do more live streams and those make me feel very nervous,” she chuckles. “I think maybe the silver lining to all this for us is that we get to write more. It gives a lot of time for writing and spending more time with our families. We just finished the record in January and went on tour at the top of March and then that got cancelled. We were in the UK and people said they were going to close the borders so we came back home. It’s all been a big learning experience.” With the amount of depth demonstrated by Dizzy on the new album, they should be confident that they will get through all this with some newfound insight that we should be looking forward to hearing when it’s all laid down onto tape for a future release. In the meantime, we have The Sun and Her Scorch and the record’s wonderful embrace that should act as a guiding light for Dizzy fans old and new through this unsure time.