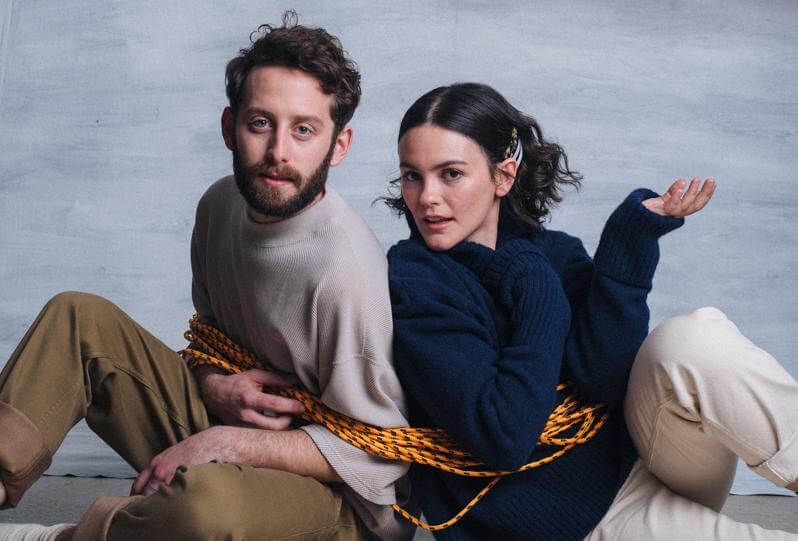 Diet Cig will release their album I Don’t Like Driving Like I Used To, an EP featuring acoustic and alternative versions of three tracks off their 2020 record Do You Wonder About Me?, available via Frenchkiss Records). The EP leads with “Who Are You (Alt Version),” which is followed by “Priority Mail (Alt Version),” and an acoustic take of “Broken Body.” The duo – Alex Luciano and Noah Bowman – recently shared “Priority Mail (Alt Version)” and they shared “This spring we chose to go back in the studio and rerecord a few tracks from our album, as a practice in intuitive music making and as a nod to this album that has really gotten us through the past year and a half. We went in with no rules, just with the idea that we wanted to play with these songs and explore new sounds for the tracks. We had a lot of fun giving ‘Priority Mail’ a more light hearted feel, in contrast to the moodiness of the original. We both played all the parts in collaboration with Chris Daly at Salvation Recording Co. in New Paltz. It felt really healing to dive into this process around the 1 year mark of the album release!!”

Diet Cig have been described as tornadoes, firecrackers, and lightning storms, and described as genuine, unapologetic, and down-to-earth. Written as an ode to growing up, Do You Wonder About Me? was released in 2020 and it marked a more intentional, self-assured Diet Cig; not only in Luciano’s radically intimate, acerbic lyrics, but in the duo’s sound as well. More recently the band contributed to last week’s The Metallica Blacklist, an LP that features more than 50 artists covering every song off of Metallica’s Black Album. The band shared their take on “The Unforgiven.”