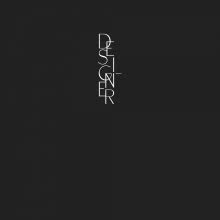 New Zealand-based singer-songwriter and theatrical auteur Aldous Harding is an artist of rare calibre. Her daring trinitarian of talent, tenacity and shrewd wit made her eponymous debut, Party, an immediate success in the both the blogging and print media world, receiving 4 star reviews in outlets like MOJO and Uncut, while UK blog The 405 hailed her a “toweringly talented song writer.”

She delivered on the promise of her lauded recordings by winning over crowds around the world with a compelling and dynamic live show, playing alongside Deerhunter, Frankie Cosmos and Perfume Genius, as well as to hoards of eager crowds at SXSW, Festival Les Indisciplinées, Rolling Stone Weekender, Visions Festival, The Great Escape, Golden Plains and many more.

Harding’s follow up to Party is the creatively nuanced LP, Designer, which was released earlier this week via 4AD. The 9-song album was born of the ongoing collaboration between Aldous and producer John Parish, who spent 15 days recording and 10 days mixing the spacious collection of tracks at Rockfield Studios, Monmouth and Bristol’s J&J Studio and Playpen.

The resulting recordings are flush with unbridled, down tempo indie pop flair. Harding’s pure vocal delivery often takes center stage in these compositions, lulling the listener along with her delicate, thoughtful and abstract lyricism. The austere and assured production elements, courtesy of Parish, perfectly compliment the songstress’ bittersweet melodies, which oscillate between cosmopolitan folk and nostalgic Parisian piano pop.

Harding’s gorgeous vocals are hard to pin down, and she often operates with chameleon-like skill, selecting a range of tones to fit her songs that bounce from dark and husky to light and effervescent. This wide range of colors finds a perfect balance on standout tracks like the lovely Nico-esque “Barrel,” the hushed “Zoo Eyes” and the cowboy jangle of title-track “Designer.” Overall, Designer, is a heavenly listen that will certainly hold up in years to come, unburdened by the time-stamped pop production that defines so many modern releases.

To celebrate the launch of Designer, Aldous Harding will be headlining a series of shows in North America, Europe and the UK throughout the year.