Deep Sea Diver are about to embark on a slew of west coast tour dates with Delta Spirit. Frontwoman Jessica Dobson’s resume reads like an indie rock dream. She’s served as the touring guitarist for Beck and the Shins as well as stints with the Yeah Yeah Yeahs, Spoon, and Divine Fits. Her years on the road have taken her to the main stage at Coachella and Bumbershoot and in front of the cameras on Saturday Night Live and Late Night with David Letterman. Dobson is now taking center stage as the frontwoman of her own band, Deep Sea Diver.

The Always Waiting EP (out September 2) is the follow-up to the band’s 2012 debut LP, History Speaks. The four-track EP introduces a fresh and adventures new side of Deep Sea Diver, led by the kinetic lead single “One By One,” which finds Dobson declaring, “I’m not afraid of natural disasters/ Or any other thing for that matter/ I’m in love with every emotion/ What keeps my heart from exploding?” “Life is too short to be so self-conscious,” says Dobson. “We can take risks, we can be free, we can have joy, because we’re going to die soon. So let’s experience life rather than fear and paralysis.”

Always Waiting is a precursor to Deep Sea Diver’s as-yet-untitled second LP, which will be released in early 2015 and was engineered by Darrell Thorpe (Beck, Radiohead, Air). “One thing that we try to keep in mind is never to recreate something we did before,” says Dobson. “Simply put, we are learning how to take more risks.” 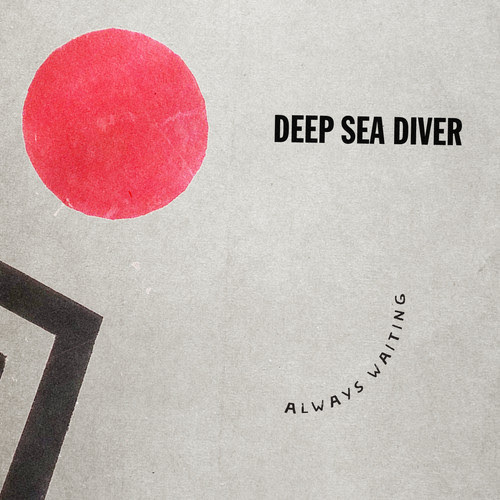