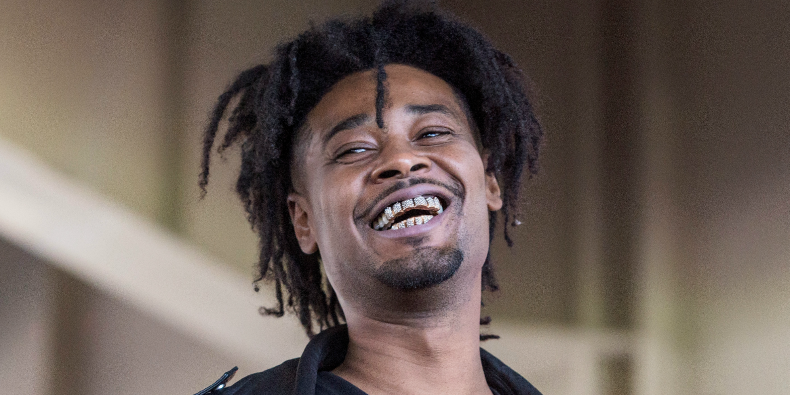 Danny Brown and the Bruiser Brigade officially launch the holiday season today with the announce of the 5th annual Bruiser Thanksgiving! Taking place on Wednesday, November 21st at Detroit’s Masonic Temple Roller Rink (promoted by El Club) Detroit’s hometown hero and rap’s most fêted stalwart, Danny Brown will play host to some of the most exciting names in music, including appearances from Valee, JPEGMAFIA, Sam Austins, BEARCAT, Kyle Hall + a Jay Daniel = Fundamentals, and of course Danny Brown and Bruiser Brigade. A portion of the proceeds from the night will go to Inside Out Detroit, a local organization that immerses students into the world of poetry and self-expression, which Danny Brown has partnered with since the start of Bruiser Thanksgiving in 2014. Tickets are $30 and can be purchased here.

After much anticipation and last years mysterious shelving of Live At The Majestic, Danny Brown has reclaimed the rights to his film releasing the lost music documentary that chronicles the rise and creative process of one of the most unique, eccentric, and acute figures in hip-hop today, Brown himself. The documentary invites viewers into Brown’s life and tour days leading into his critically acclaimed 2016 album Atrocity Exhibition, with an intimate look into his life never before revealed. Featuring interviews with Danny Brown and his fans, footage from his early days as a rapper in Detroit and new concert footage, the film showcases his evolution from drug dealer into present time, as one of rap’s most magnetic figures. Live At The Majestic examines Danny Brown’s most formative points, from using the internet as the catalyst to start his career, the adderall induced recording process of XXX, and his return to Detroit’s Majestic Theatre after his 18 month world tour for the first annual Bruiser Thanksgiving. The film was directed by Emmy-Award winning documentary filmmaker Andrew Cohn (Medora, Night School, Kid Danny) and produced by two time Emmy-Award winning producer Rachel Dengiz (The Punk Singer, Park Bench with Steve Buscemi, Medora).