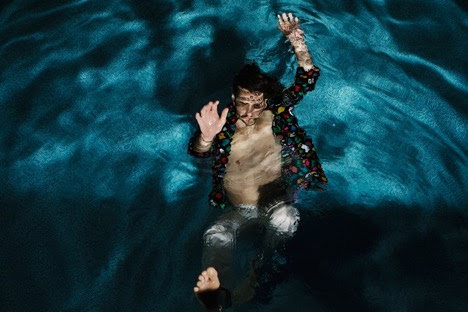 Miles Francis will be releasing his debut EP, entitled Swimmers, on February 2, 2018. The new song is from the collection, entitled “Complex” which was directed by Charles Billot.

Since he started playing – first the drums at 6, then guitar, bass, keyboards, other percussion, anything he could get his hands on – he’s been an audiophile of the highest order. As a working musician, Miles has collaborated and performed with Mark Ronson, Sharon Jones, Amber Mark, Angelique Kidjo, Allen Toussaint, Tunde Adebimpe (TV on the Radio) and many others; toured the world with Will Butler (Arcade Fire), Antibalas, and EMEFE.

Swimmers, the 5-song EP, was written in the back of a tour van and various hotel rooms, and then recorded by Miles alone in his basement studio. “These five songs captured a raw time for me, when life seemed to be coming to a head. I made an effort not to touch or edit them too much once I had recorded them. I wanted to keep that intimacy in there.”

Miles Francis will be playing a residency at Brooklyn’s C’Mon Everybody this winter, in addition to co-headlining with Operator Music Band on select Northeast shows.