Catching up with Greys’ Braeden Craig 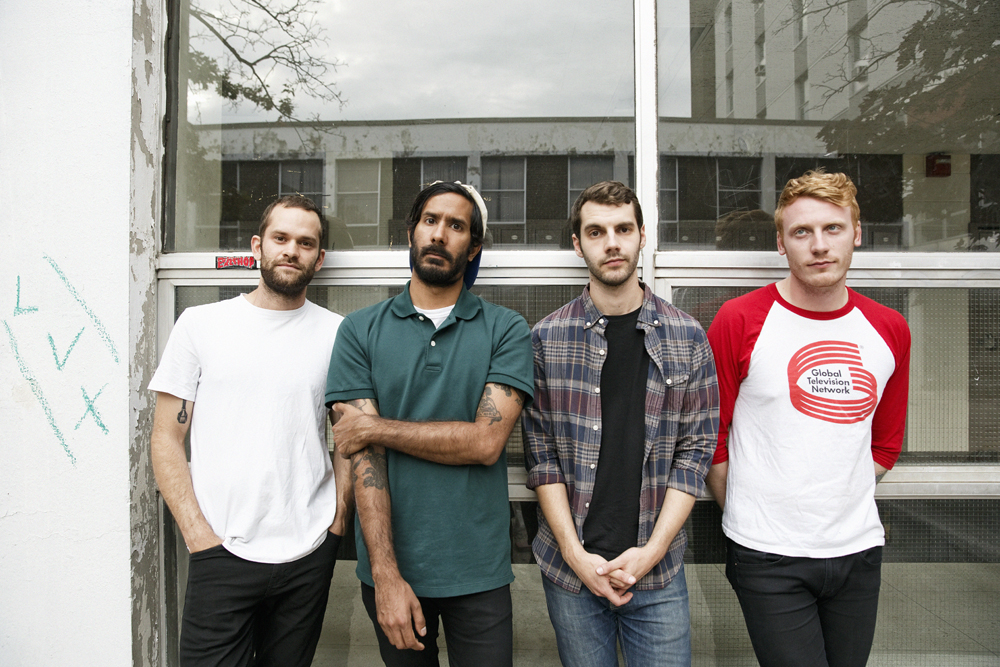 With so much great rock coming out of Toronto right now, it can seem like there’s new bands every couple weeks but with many of them between records, Greys find themselves in a unique place having put out two records in one year. With Outer Heaven being followed mere months later by its companion piece Warm Shadow, the band gave fans a truly unique follow up. Playing a showcase at Canadian Music Week, drummer Braeden Craig talked to us about the process behind the album, the good it did their community and what it means for their hectic work going forward.

Northern Transmissions: You guys put out Warm shadow so close to the release of Outer Heaven, that it sounds like they were recorded at the same time, is this so? If so why did you decide to keep it separate but launch it so soon after Outer Heaven?

Braeden Craig: It just seemed like at that point in time there were so many ideas floating around that we just wanted to get them out rather than sit on them. It felt like an interesting bridging piece from the last record but it makes sense if you listen to it with Outer Heaven in mind as well. It’s an exploration of themes from Outer Heaven that we couldn’t take as far on that record, it’s mood based rather than song-writing based.

NT: How did it come about as its own beast and was it finishing a half-finished side of the album?

BC: Everyone on our labels were into it but we decided that with the resources available, that putting out two records in a year on it wasn’t the wisest thing to do but it seemed like a nice thing to do and if people get it they’ll like it. It didn’t come about in some amazing way, we just realized we wanted to do it, we booked the studio time and just went in and did it. There was no plan really. It made it feel like the best thing we’ve put out to date.

NT: Did you feel more free being able to make an album that wasn’t really label pressured?

BC: If anything the next record will be weirder. It had us writing music outside of our wheelhouse, if we even have one. The band now more than ever is more creative and everyone’s input is so important that it’s a whole new thing, that’s still very much Greys but different to.

NT: I know the rest of you are involved a lot more in your recent work, why did you do this now and why didn’t you do this before?

BC: It’s great. It got to a point where it felt like we wanted to draw from a larger well. We all have different places that we come from and I think using that will help the band get better and add a lot. It’s better than having one song writer.

NT: I understand the album was also part of a charity effort at its release, for a women’s shelter?

BC: We all bounced around different ideas but Sistering was one that we feel very strongly about. It’s all in our neighbourhood. What they stand for is something we all can get behind and it just seemed like the right place to donate.

NT: Do you think the fun and more inclusive sense of writing is going to be part of the new album or will Shehzaad be taking over again?

BC: For sure, it makes things more interesting, not that they weren’t before but to grow as a band, this is the next step we need to take.

NT: Do you think your intense live shows are just an extension of how loud and furious your music is or are trying to take it even further?

NT: With all the great bands coming out of Toronto right now, even within your own label does it feel like a constant push to outdo each other in the best possible way creatively? Is it kind of fun with that much competition?

BC: I think that’s exactly it, there’s no competitiveness within our peers. In a fun way with bands we’re friends with, they put out albums and we think “That’s sick, let’s put out an album we’re just as proud of and hopefully they’ll be just as into it.” There’s no animosity, we want them to like our records as much as we like theirs.

NT: It’s been a while since Warm Shadow so I was curious what was on the horizon if not just a lot of touring?

BC: We had a break, and realized that being here for a long time stinks, so the break’s over, we’re back. Touring, writing, just keeping the band going is the next step. It got a little intense for a while but I think after taking the time back, we realized it’s something that we all really enjoy and to keep doing it doesn’t seem like work. After a while when you tour so often, it becomes robotic but it’s still fun so we should keep doing it. This is our first show in Toronto since December, but it’s not like we’re not playing our instruments.