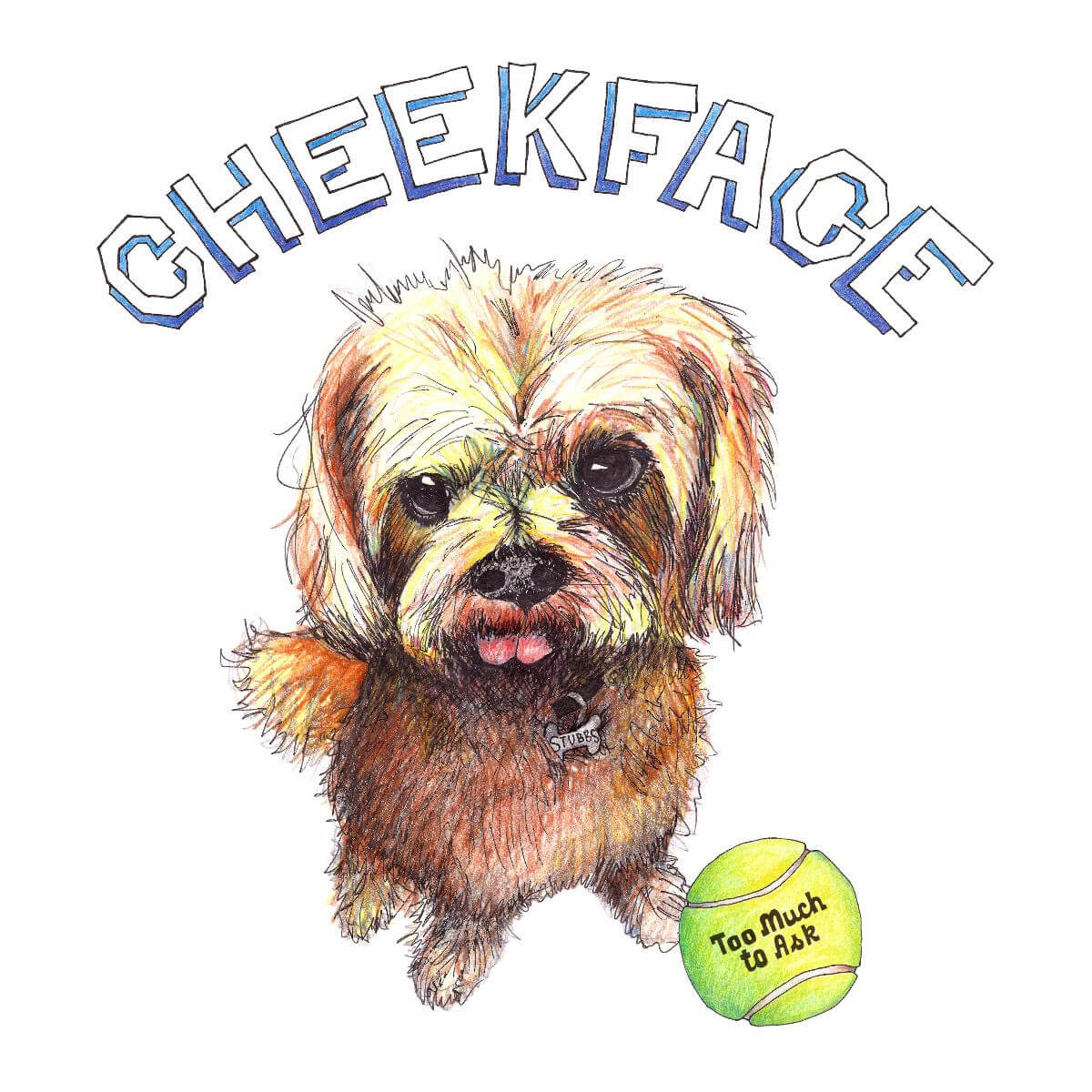 Like a woker, more sarcastic They Might Be Giants, or if hip-hop influenced Why? met Pavement’s talk-rock, (both lyrical powerhouses, in their own rights,) Cheek Face have put out an album of humorous, catchy, and supremely quotable songs in their surprise-dropped third album, Too Much To Ask. “I don’t like anything / You don’t like anything / We don’t like anything together,” Greg Katz quips on the album opener, and an album’s worth of ironic, personal and cultural and political criticisms, follow.

Known for their high energy communal shows, where they invite people up on stage to sing along with them, (super fans, affectionately known as “Cheek Freaks”,) it’s clear that their wry observations and weaponized sense of humor resonates. “I want to be the featured singer of an EDM song / A song that is a paean to human potential / And when they put on my song, DJs all around the world will say / ‘Come on! Let me feel your energy.’” In the same vein as comedic zeitgeist, Bo Burnham, they put together a rapid fire comedy routine, equipped with guitar, bass, drums, and synth lines that are pure indie gold.

The songs point their fingers as much at themselves as the frat boys, the cops, the conspiracy theorists whose perspectives make them laugh and cringe in equal measure. “Look mom, I’m trying / I watered all the plants / Why do I feel so weird?” The comedy is both tense and releases the tension with humor in one fell swoop. These are tense times, to be sure, and their appeal is certainly their willingness to say what others might be afraid to say, in, actually, a similar way to how They Might Be Giants wore their hearts on their sleeves, with impeccable lyrical and musical construction.

They know that they won’t be everyone’s cup of tea. And on a number of songs talk about the ridiculousness of making friends with people that you have nothing in common with. Thus the title of the album, which could be about people who aren’t willing to challenge their own perspective on things like trans issues or warmongering, but also, it seems, like a commentary on what they are and aren’t willing “to do for love.”

It’s certainly a record in and of its time, and as such might not have some of the staying power of, say, a Pavement or Velvet Underground record. They’re developing momentum, however, and it will be cool to see where this record takes them next. College radio, sold out shows, it’ll be interesting to see. It is music that is as fun as it is intelligent, couched in well-constructed and refreshing indie jams.

Order Too Much To Ask by Cheekface HERE 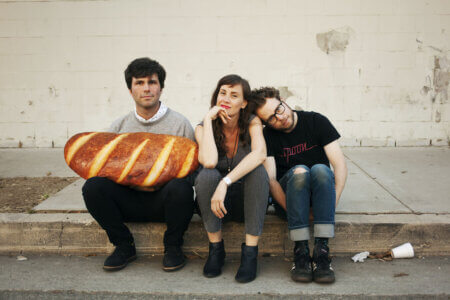