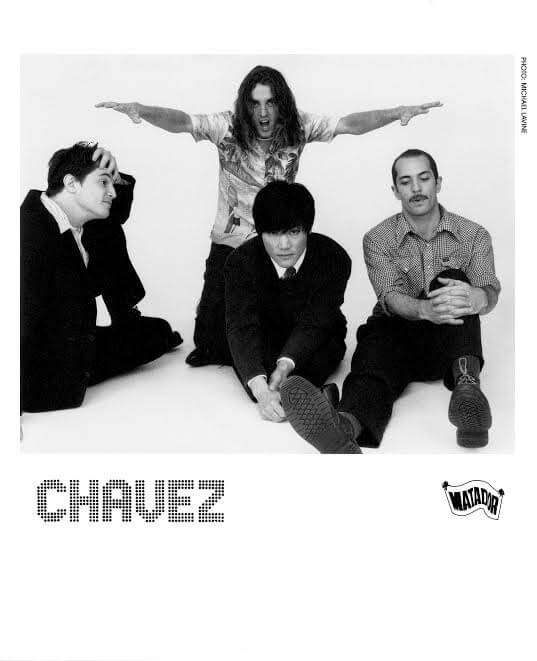 Chavez was comprised of Matt Sweeney, James Lo, Clay Tarver, and Scott Marshall. Their debut full-length, Gone Glimmering, will be reissued this fall. The album originally came out on May 23, 1995 via Matador Records.

“For a year Clay and I played together in a Chinatown loft as a two-guitar thing before we got together with James,” says Sweeney, recalling the band’s formative rehearsals. By the time Lo came on board, though, Chavez had become more clearly identifiable as a rock ’n roll outfit. “Before practice, we would meet up at Max Fish bar on Ludlow street then go to the rehearsal space,” “And then we’d go back to Max Fish. This was the Gone Glimmering writing process.”

1995 saw the peek and Pavement and the Blues Explosion Chavez never played a show with either of them, though. Instead, the band found fellowship with psych-adjacent burners like Guided by Voices, Come, and Bardo Pond. They were — and remain! — outsiders. In order to further enrich your re-experience of the record, Matador an instructional video in which guitarist Sadie Dupuis (Speedy Ortiz, Sad13), Sweeney, and Tarver deconstruct Chavez’s signature “moves.”

Freshly remastered by Greg Calbi, Gone Glimmering returns to us as a gatefold 2xLP and will now include four extra tracks drawn from the Pentagram Ring EP never before available on vinyl. Pre-orders for the new edition are available now via the Matador store HERE

The reissue serves as the latest entry in Matador Records’ Revisionist History series, their ongoing campaign to jog the record-buying (and streaming!) public’s memory about the year of 1995 and any catalog items now poised to celebrate their 25th anniversary. Over the course of the year, Matador will mark these anniversaries with new reissues and re- pressings. Each release will be accompanied by rare live footage, photos, and music videos. 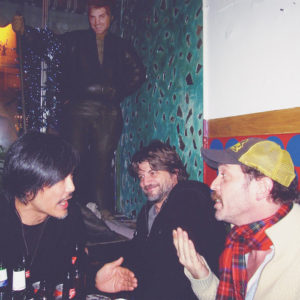