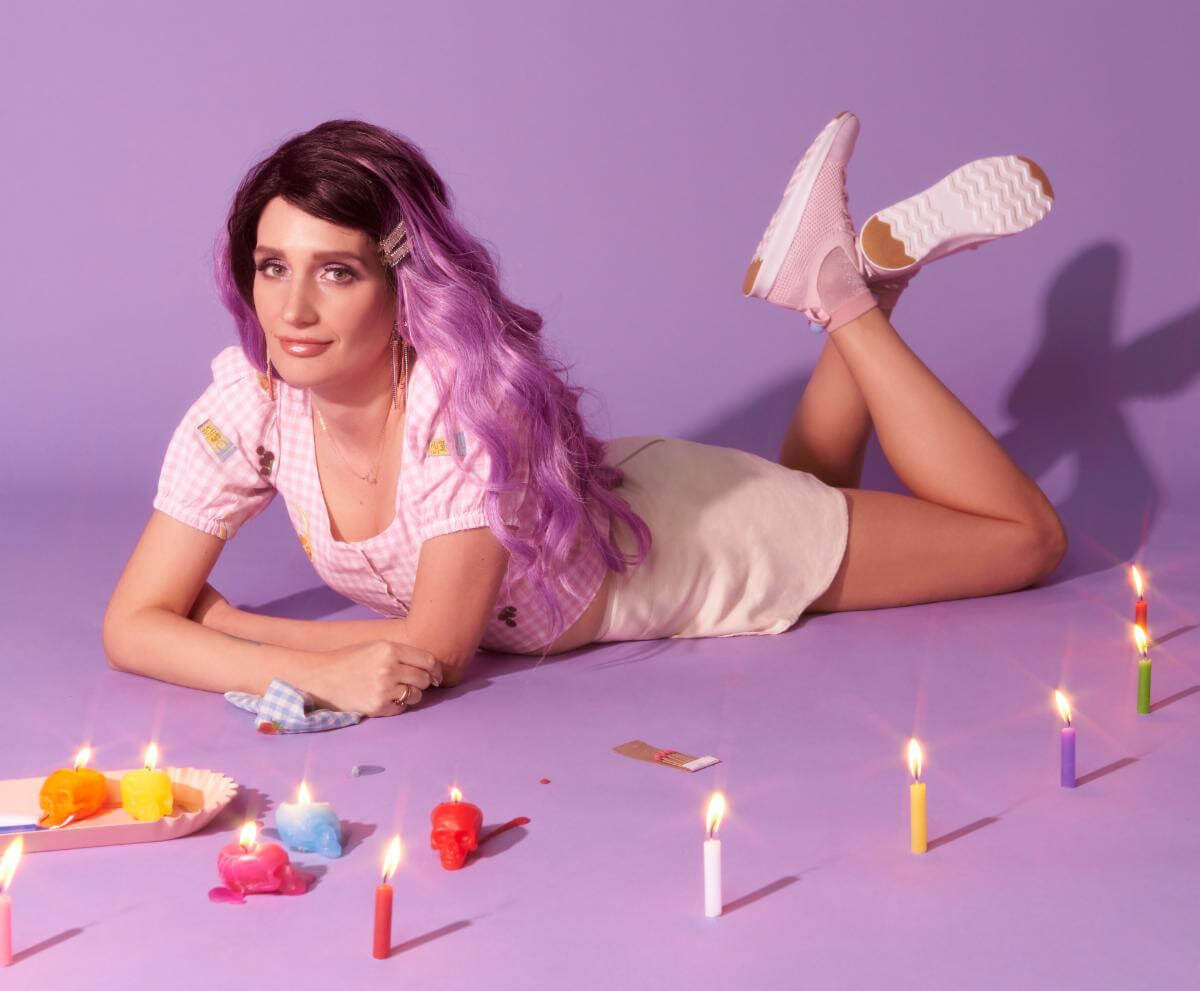 Sadie Dupuis AKA: debuts "Ruby Wand"
Share on TwitterShare on PinterestShare on PocketShare on RedditShare on FacebookShare on Email

Sadie Dupuis’ is one busy person, her projects include Speedy Ortiz and Sad13 releases, she has miraculously found time to co-feature on a track with Lizzo, release a poetry book, run her own record label, establish a poetry journal, co-curate a full-length and star-studded tribute to the late Adam Schlesinger, and find time to work with No Music for ICE, the Union of Musicians and Allied Workers, in addition to her unwavering advocacy for countless other issues. And now, she prepares to release a new album as Sad13 this week.

Sadie Dupuis will release her self-produced sophomore solo album as Sad13, entitled Haunted Painting, on Friday. Dupuis’ first release for her own label, Wax Nine (Johanna Warren, Melkbelly), Haunted Painting marks Dupuis’ return to artmaking after reconciling with a delayed processing of grief. Recorded at a variety of studios across the U.S., Haunted Painting was made exclusively with women engineers, including Sarah Tudzin of Illuminati Hotties, and features vocal contributions from Helado Negro’s Roberto Lange, Deerhoof’s Satomi Matsuzaki, Merrill Garbus of tUnE-yArDs, and Pile’s Rick Maguire. On this album, Sad13 weaves timely societal critiques into rushing hooks and whip-smart wordplay that’s all still a blast, making for one of the most essential releases you’ll hear all year.

Ahead of Friday’s release, Sad13 has shared “Ruby Wand” alongside a stop-motion music video directed by Benjamin Stillerman. Sadie says, “Ruby’s my birthstone, thought to alleviate negative emotional energy and benefit self-awareness. So a ‘Ruby Wand’ would be an instrument to conjure those changes. The song is about working through an OCD flare up in the wake of complicated grief—seeking control through small rituals, good and bad. Lyrically, it’s more literal than most of my songs, and the music mirrors that narrative. The synths are calculating but also fantastical, while the guitars and drums push against that clock in heavy chaos. Might as well also admit that ‘Ruby Wand’ is a weapon from Star Ocean, one of my very favorite RPGs.”