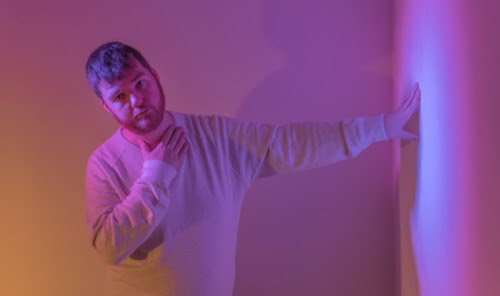 Release day Friday, sees the arrival of Chad Valley’s Imaginary Music. Ahead of it’s release, the album is available to stream via HypeMachine, Valley is currently in the midst of a tour that sees him kick off his North American leg at Elsewhere in Brooklyn. Imaginary Music is out May 25, 2018 on Cascine (Worldwide), Paper Bag (Canada) and Rallye (Japan).

On Imaginary Music Chad Valley AKA: Hugo Manuel explores the art and secret of timeless pop music, channeling the hyper-romantic music of the 80’s, and citing inspiration in China Crisis and Prefab Sprout, as well as more bombastic artists like Toto and Heart. The 11 tracks emerged from an unfortunate setback. While on tour in Texas with Shallou and Blackbird Blackbird, their van was broken into, and everyone’s equipment and personal possessions — including Manuel’s laptop, which contained the bulk of a new album — were stolen. Thanks to the generosity of fans, the tour continued with borrowed gear, but the music was unrecoverable.

Manuel eventually returned home to Oxford where he started writing the record from scratch. But instead of trying to recreate the lost material, Manuel took a concept-driven approach, opposed to his traditional autobiographical method. Unlike guest-laden and co-produced previous releases, the making of this album was an almost completely solitary exercise, allowing Manuel to fully embody the imagined pop artist in his mind’s eye.