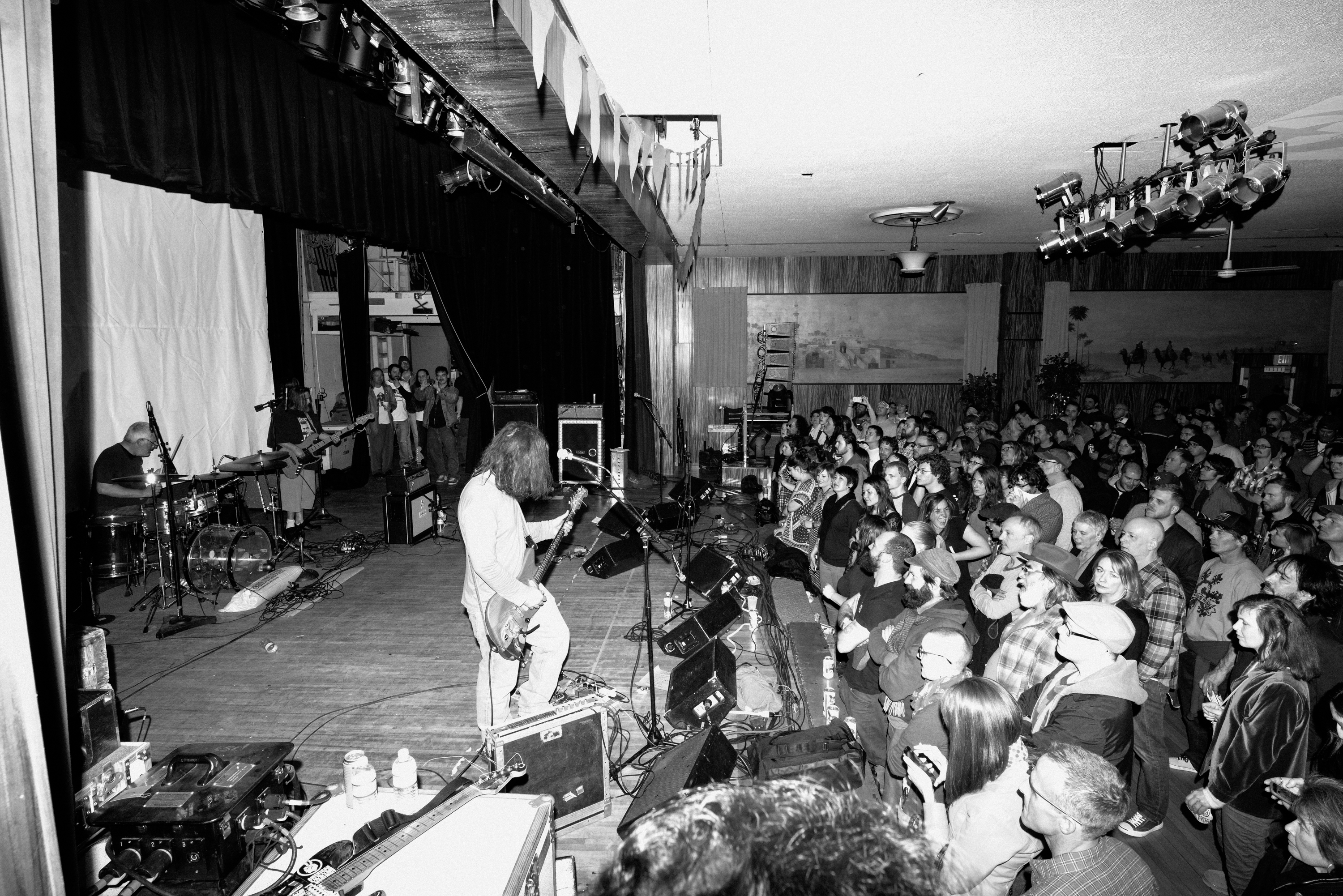 Caustic Resin have announced the deluxe of their 1998 album The Medicine is All Gone. The double LP reissue is the album’s first time ever on vinyl, analog remaster from the original tapes. Today, the band has shared the album track “Dripping”.

Caustic Resin vocalist/guitarist Brett Netson is also a longtime member of indie rock heroes Built To Spill and currently plays in drone legends Earth as well as fronting his own Brett Netson and Snakes.

Recorded in 1998 with engineer Phil Ek (Fleet Foxes, Modest Mouse, Mudhoney, Built To Spill, The Shins, Band Of Horses). Initially released on Alias Records, after many years of the album’s high repute passing, largely by word of mouth, from devoted fans and record store clerks to, well, anyone else, the calls and campaigns for this landmark album to be released on vinyl have finally been heeded.

In 1998 Caustic Resin had been around for 10 years and their longstanding line up of Brett Netson (vocals and guitar) Tom Romich (bass) and James Dillion (drums) had all but burned itself out with its dedication to existential rock and roll. Their drugged out sound was one dictated by experience not secondhand inspiration. By the time they recorded The Medicine Is All Gone they were like a space rock Icarus, blinkered in their efforts to force every last effort into a final flight after being fatally scorched by the sun. These sometimes terrifying contemporary blues songs tell tales of estranged families, destructive drug and sex relationships, paranoia, religious reflections, death and spiritual redemption.

As a collection of songs the album flows together incredibly well, ebbing and flowing like a lysergic dream, although there are definite highlights. These include scene setter “Cable,” “Hate In Your…,” “Salamander,” ” Dripping” and the incongruous but heartfelt (and at times scathing) “Man From Michigan.” Towards the album’s close we are introduced to the unforgettable “Mysteries of…” which was inspired by a hallucination during a near fatal overdose of heroin and a later dream involving the preacher from the movie/book Wise Blood by Flannery O’Connor, the track morphing into full throttle rendition of Argent’s “Hold Your Head Up.”

When I received The Medicine Is All Gone it looked worryingly like some low rent Scandinavian black metal album, Caustic Resin’s addled members staring scarily out from plain mug shots on the cover. Their lack of pretense visually and deep obligation to an 80’s underground non aesthetic belied the care and effort taken to craft the music contained within. The artwork of this reissue is only slightly different, taken from an old promo poster from the time of the album’s initial release. It has been weathered by time in a way this music never could. This reissue also contains the original mastering notes from Phil Ek (engineer) to Roger Seibel (mastering engineer).

Although the band did not survive in the format contained here, the individual members thankfully did and even reconvened for a show at 2014 Treefort Festival in their native Boise, Idaho. Brett Netson has been a full time member of Boise alternative rock band Built To Spill for the last decade, fronts his own relatively new band Brett Netson & Snakes, has played with the likes of Mark Lanegan as well as Mike Johnson And The Evildoers. He has also recently founded his own label, Scavenger Cult, this reissue of The Medicine Is All Gone being its third release.

The Medicine is All Gone will be available on 2xLP and download on September 9th via Scavenger Cult Records.