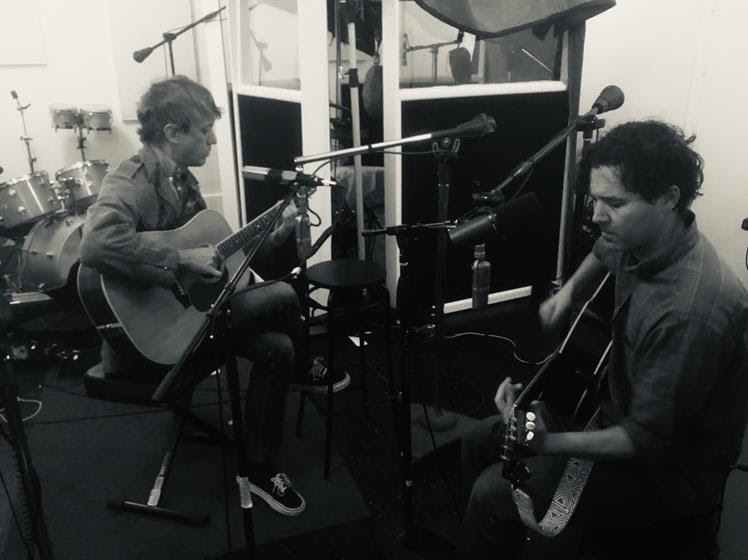 Cass McCombs and Steve Gunn have covered Michael Hurley’s psychedelic folk classic “Sweet Lucy” as well as a beautiful rendition of traditional Scottish tune “Wild Mountain Thyme”. This two-song single is also available as a 7” via Bandcamp on Juneteenth with all profits being donated to the NAACP legal defense fund as well as The Okra Project (www.theokraproject.com) and Elevate Oakland (https://www.elevateoakland.org/) via Cass and Steve’s proceeds – purchase it HERE. The 7” single artwork (shown below) features a front cover with art created by Michael Hurley himself and a back cover design by Lee Ranaldo.

“This 7″ was intended to be sold exclusively at our now-cancelled West Coast tour,” McCombs explained. “My side is a song written by Michael Hurley, Steve’s side is a traditional Scottish/Irish song. We did them both the same day, as quickly as possible, in a studio in Burbank. It was supposed to be a souvenir. I suppose it still is, but for a different reason. We decided to release a 7” of them on Juneteenth and donate proceeds to these organizations supporting black lives to stand in solidarity with the Black Lives Matter Movement.”

McCombs has been known for politically focused songs throughout his career. NPR said that the “recalcitrant singer-songwriter has never cared for The Man.” The focus of “Bum Bum Bum ” is systemic racism, he states, “Blood in the streets, our eternal river, I know the killer. He counts my silver…How long until this river of blood congeals?”. McCombs also gets explicit on female reproductive rights in “Run Sister Run.” The music video was made in collaboration with young Indigenous leader, activist and athlete Tracie Léost who had made a115km rally cry run against the Prime Minister, in the video, symbolizing victims of abuse from the point of view of their attacker.

“Bradley Manning,” featured on Democracy Now!, McCombs protests the trial, speaking directly to Manning before her transition to Chelsea saying, “Bradley, know you have friends, though you’re locked in there.” And the latest, “Sleeping Volcanoes,” where he cries, “Help me, Armageddon,” empathizing with refugees, elders and the oppressed.

Last month, McCombs also released the new standalone single “The Wine of Lebanon” in partnership with Universal Audio and their new recording system LUNA. Listen to the transcendent song and watch footage of McCombs recording it in UA’s debut LUNA session HERE.