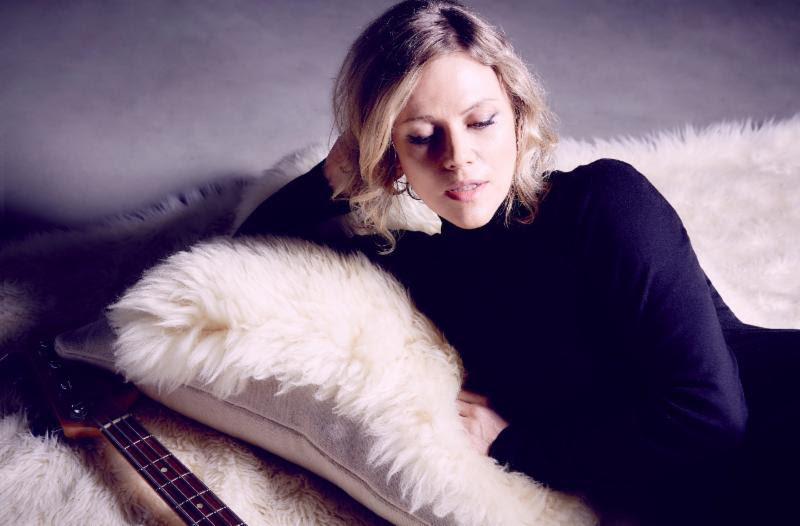 Britta Phillips, of the bands Luna and Dean & Britta, has announced the release of her debut full-length Luck Or Magic. The album drops on April 29th via Double Feature Records. Today she has shared the lead-track off the album, a cover of Evie Sands song “One Fine Summer Morning.”

The genesis of Luck or Magic was a 2012 lunch Britta had with the late Scott Hardkiss (renowned DJ and pioneer of San Francisco rave culture and electronic music). Britta had been touring the world as one half of Dean & Britta (Phillip’s band with husband Dean Wareham) and Scott suggested that she now make a solo album – with him producing. Scott had done some re-mixes for Dean & Britta; though his background was in rave culture, he was also a fan of Galaxie 500 (Dean’s former band). Britta was intrigued, and by the end of the lunch a plan was hatched.

Phillips soon found herself in Hardkiss’ Brooklyn studio where they started working on the album. Over the next several months Scott and Britta sent each other playlists for songwriting and production inspiration. “He sent me Sly & The Family Stone, Funkadelic, Marvin Gaye, Low Motion Disco as well as sparse recordings like Arthur Russell’s “Our Last Night Together.” I sent him Chromatics, Glass Candy, LCD Soundsystem, Kraftwerk, T. Rex, Beach House, and Lana Del Rey. And we crossed over on artists like Nancy Sinatra, Shuggie Otis, and Air,” she explains.

Britta and Scott continued working together for about a year, finding odd bits of time to get together in between their respective other projects. But in late March, 2013, just a few days before days before Britta and Dean were embarking on a move to Los Angeles, Scott passed away in his sleep, suddenly and shockingly, at age 43.

Out in Los Angeles, Britta and Wareham started working on the score for Noah Baumbach’s movie, Mistress America. “It was really hard to return to the record I had started with Scott. He was such a sweet and generous friend and champion of mine. I was crushed,” Phillips confides. Eventually, she found herself writing in the couple’s little studio in their back yard. She says, “I think the sunshine… and maybe Daft Punk’s Random Access Memories, helped pull me out of my funk. Scott had given me one book, Songwriters on Songwriting, and it was heartening to read that songwriters often feel like they don’t know how to begin or where they’re going. I also read the Clarissa Estes book Women Who Run With The Wolves which helped me to write personal stuff – things that felt embarrassing to sing – and also enabled me to get beyond my own personal character and play with archetypes a little.” After a year of writing and recording back there Phillips went into an LA studio to finish Luck Or Magic with producer/mixer Eric Broucek (house engineer at DFA for five years working with LCD Soundsystem, James Murphy, the Juan Maclean and Eleanor Friedberger). He helped edit and re-arrange the existing recordings as well as adding live drums and re-recording many of the existing vocals and other instruments.

Luck or Magic is comprised of five original songs and five covers. Britta states of the tracks she wrote, “I suppose the songs deal with love and desire through different personas – from coy to cocky, from complete control to total surrender, at times within the same song. I wanted the album to be both earthy and dreamy, and to capture the feel of a few decades without sounding like any particular one. Maybe Luck or Magic sums things up. That was a lyric fragment that jumped out at me one day, because it relates to both love and music for me. I moved to NYC as a teenager to be a ‘rock star.’ I had a lot of luck, but no magic. That came years later, after I met Dean. I’m lucky I didn’t make a record back then. I wouldn’t like it now.”

Britta Phillips was 21 when she was cast as the singing voice of the cartoon character, Jem, lead singer of the fictitious Jem & the Holograms. In 1988 she co-starred in the guilty-pleasure comedy film Satisfaction about an all-girl rock band. The film features Julia Roberts (in her first big-screen appearance) and Justine Bateman. After the film’s release, Britta co-founded the real-life shoegaze band The Belltower, who moved to London and released one album and a handful of EPs before breaking up in 1996. After a short stint playing bass with Ben Lee, Britta joined Luna in 1999, met her future husband, Dean Wareham, and made three albums with the band (she is still a member). 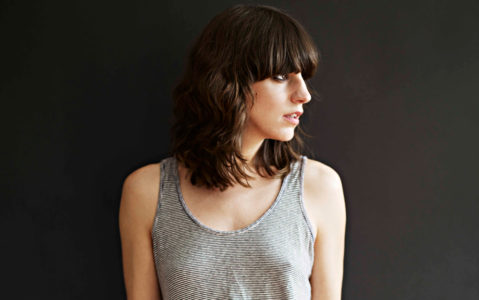 “Are We Good” Eleanor Friedberger 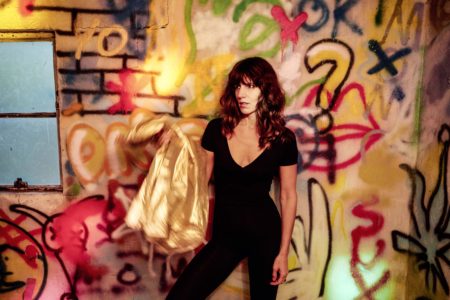