4 months ago
Words by Mimi Kenny 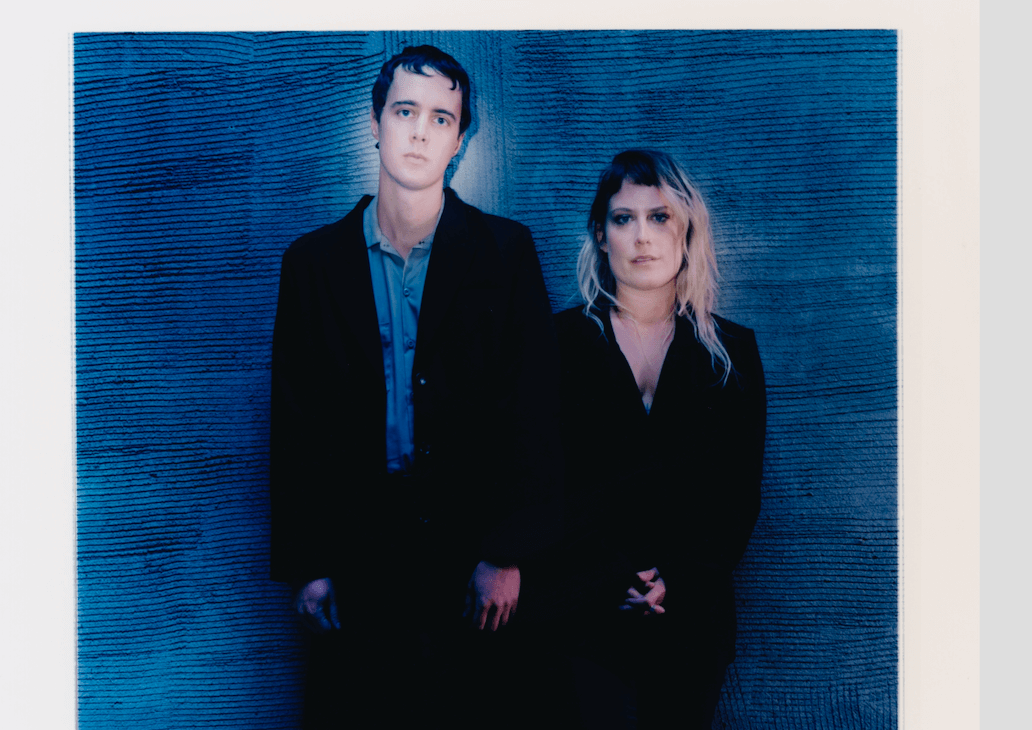 Midway through speaking with Northampton-via-Savannah darkwave duo Boy Harsher about their new short horror film The Runner and its accompanying soundtrack, I bring up having watched Gregg Araki’s New Queer Cinema landmark Totally F***ed Up the previous night.

“Did you recognize James Duval?” vocalist Jae Matthews asks. I was then reminded that one of the stars of Totally F***ed Up – as well as other films in Araki’s Teenage Apocalypse Trilogy – had also made a cameo in The Runner as a TV host.

It’s to Boy Harsher’s credit that they can weave in the appearance of a recognizable face like Duval and not have it feel like a distraction. In short, The Runner is a Giallo-style throwback, complete with complete with 16mm film grain and promoted with posters that ooze video nasty essence, about a wanderer (King Woman’s Kristina Esfandiari) journeying through the wilds of rural Massachusetts as well into smoky bars and RVs. Not to spoil anything, but the practical effects budget is put to good use.

There’s more. The narrative is occasionally interrupted by studio footage of Boy Harsher performing and speaking about their work. There are even some Videodrome nods along the way, as well as music videos featuring the vocal talents of Cooper B. Handy and BOAN’s
Mariana Saldaña. The accompanying score is a natural continuation of Boy Harsher’s previous work, equal parts clamorous, ethereal, and danceable. But when put in a cinematic context, it takes on a new significance. In some respects, it feels like what would happen if Gregg Araki and Dario Argento teamed up. Matthews also expresses a desire to collaborate with Julia Ducournau, director of graphic horror films Raw and Titane.

The Coen Brothers’ neo-noir debut Blood Simple is cited as a direct inspiration. And you can very well imagine John Getz polishing glasses in the background of one particularly gruesome scene, filmed at a bar in Eastern Massachusetts. The Italian horror aura of The Runner are mostly incidental, described by member Augustus Muller as a result of their similar technological constraints.

“They’re working with zoom lens and a dolly. But they don’t really have a lot of Steadicams and stuff like that. We’re using the same equipment as they are,” Muller says, “And that’s kind of what gives it that vibe.”

As with any horror film, location makes The Runner, with spaces both outdoors (like the Northern Berkshires Mountains) and indoors (like an RV, provided by a car collector who drove it through a July storm) acting as conduits for dread. Matthews and Muller grew up in upstate New York and small-town Massachusetts, respectively, and find these rural New England environments to be something of a muse, much in the way Stephen King might.

Filmmaking wasn’t a random lark for the duo. Matthews and Muller first met studying film at the Savannah College of Art and Design. However, Muller began to focus more on music after a thesis project that “crushed his soul.” He and Matthews have still carried these experiences into Boy Harsher, self-directing videos for songs like “Face the Fire.” The Runner is a natural extension of their music, intense but not self-indulgent, lighthearted but not winking.

“People expect us to be really serious and kind of dark, but we’re quite playful and sarcastic and self-deprecating as well as being serious. I think it’s just presenting who we naturally are,” Matthews says.

The idea to make a film originated in the studio, somewhat incidentally. As Matthews tells it, the music they were making “wasn’t really typical Boy Harsher music.” But they knew there was something to them.

“All of the songs, once we played them together, it was disparate, and there was this variety, and it really felt like a soundtrack,” Matthews says.

The film, which is screening in select cities as well as on streaming services Shudder and Mandolin, was originally supposed to premiere last October. Though initially disappointed by the delay, Muller now describes the extension as “a blessing,” and the final product largely matches their original vision.

The duo was also set to go on tour, which has been postponed due to further pandemic uncertainty. While some songs from The Runner will be part of their setlist, they don’t intend to blend the film with their live performances.

“I don’t think at the moment we have any plans to make any multimedia performance,” Muller says, “I’ve been making a joke that maybe, in like 20 years, we’ll do a re-enactment, like retrospect on Broadway, where we get the actors up, big production, Danny Elfman-style.”

Whatever’s next for Boy Harsher and their output, they’re not constricting their vision. “I think everyone should pursue what invigorates them in life, and that’s what we did,” Matthews says.

The Runner is now streaming on Shudder and Mandolin, as well as screening in select cities. Find those dates HERE.