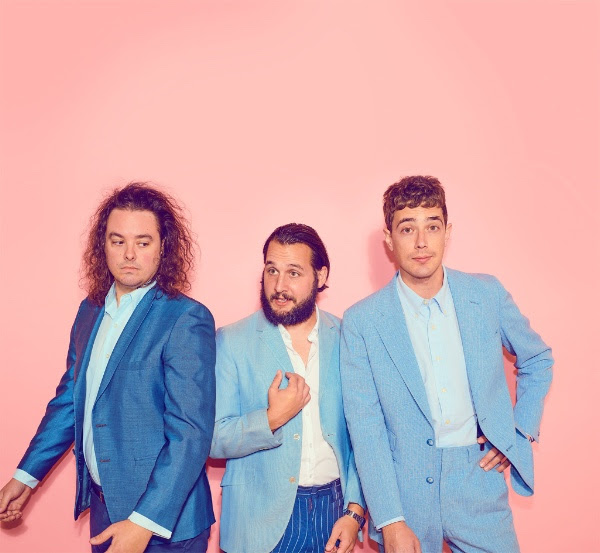 Born Ruffians have announced the release of their new album, Uncle, Duke & The Chief. The full-length will come out on February 16th. The nine-track album was produced by Richard Swift (Foxygen, Tennis, Nathaniel Rateliff) The band also shared a new track and video for “Forget Me”, the second part in a video series directed by Leah Fay Goldstein and Peter Dreimanis of July Talk. Grab your Kleenex and watch it here. The video features lead singer Luke Lalonde, who recently made his acting debut alongside Tim Heidecker in the feature film Sundowners.

Born Ruffians just completed a North American tour with The New Pornographers. The tour saw the return of original drummer Steve Hamelin and capped off with a show at Massey Hall in Toronto. Stay tuned for more from BR soon!

The very day that David Bowie made his grand exit, Luke Lalonde sat down to write “Forget Me,” the song that opens the new record. Over sunrise-summoning acoustic strums, Lalonde sings, “Someday, a white light will come for you,” before adding a reassuring rejoinder: “to comfort you.” In the grand tradition of The Flaming Lips’ “Do You Realize??”, it’s a song about the inevitability of death that proves to be ecstatically life-affirming. “It’s about how the light is something that you should embrace and feel okay going towards it,” Lalonde says. “We’re all doing this together, we’re all on the exact same path—it’s just that some of us are ahead of others.”