Boniface Reaches for a Connection 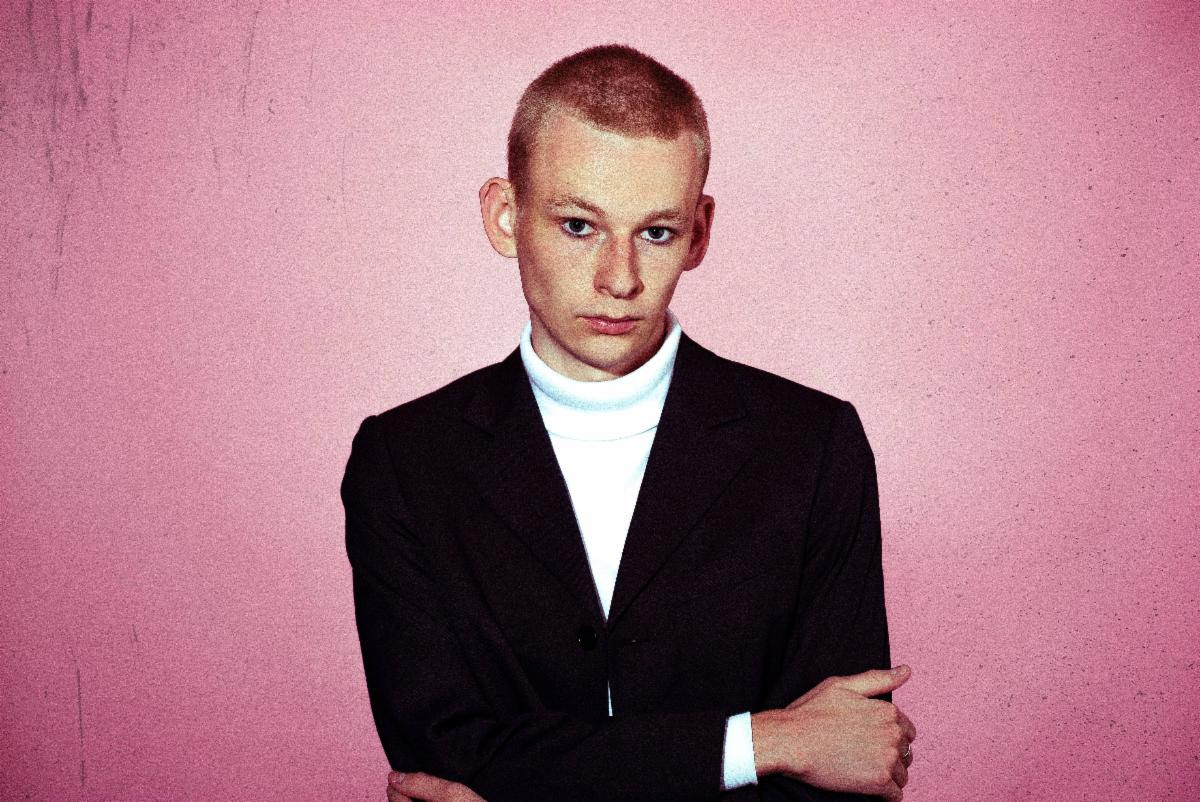 Coming of age in a small town, especially in Canada during the long cold winters, can be a trying experience. For musician, songwriter and producer Micha Visser this experience turned out to be one that propelled them on to the path they now find themselves. Born and raised in Winnipeg, the artist now known as Boniface, a nod to the part of the city they grew up in, took advantage of the inspiration they drew from the local music community and the long winters where they worked on their songwriting and production skills in their bedroom studio. Now poised to breakout in a huge way with their immensely personal self titled debut album, out everywhere February 14th, the young talent talks about how growing up in Winnipeg dictated the kind of artist they became, how honestly through their craft is the most important thing and what we can expect from them moving forward.

“I always try to juxtapose intimacy with these massive sounds,” Visser explains from their home in Winnipeg when discussing their songwriting process. “Emotions and intimacy and these emotions that just feel so massive on the inside while on the outside it all appears very normal.” The songs that make up Boniface’s debut have this distinct quality of being extremely expressive but all grounded in the experiences that most can relate to. “It’s like there’s this iceberg on the surface, those feelings just poking out. I always strive to be honest and true. I want to provide this very personal and honest backdrop while having it massive and energetic.” Visser has this knack of taking common turn of phrase and pop songwriting aesthetics and putting them into a context that make them seem so fresh. “In nature it’s all very simple, these simple ideas and simple mechanics of music and I want to turn it on it’s head in a subtle way like you haven’t heard before,” they explain, “It’s very difficult to write a good pop song, there is a set of expectations around it. I’d like to try to push it forward. Play within these conventions. Start in place that is familiar to people but then try to make it exceptional.” Exceptional is actually a perfect descriptor to the songwriting featured on the album. It seems like it would be a difficult experiment to take these emotions that are so intensely personal and set them to some of the biggest sounding pop tracks and have those emotions still come through, but it all works perfectly. Growing up Visser always loved music, they played violin since the age of 8 and then fell in love with the guitar and realized that this was the tool that they wanted to get into. By this point they had been properly writing songs and discovered the local music scene.

“In high school I had this group of friends that took me to this warehouse show that was so formative to me,” they say, “It was huge to see that music could be shared like that. I wanted to take that energy. It really led me creatively, I love when music is shared like that.” Visser’s ties to the local music community just continued to grow from there and it’s something that they still celebrate. “In high school I listened to bands from here that were big to me at the time. Bands like Animal Peace. Ultra Mega. Mahogany Frog. Those are some big ones for me,” they explain, “I was actually just at a show at the Goodwill the other night which is an amazing venue. Winnipeg has always had this thing with music that is different than a lot of stuff you’d here elsewhere and it’s amazing. It seems really embraced this fact that bands here aren’t so focused on making their songs have this wide appeal but a great experimental experience.” Once Visser graduated from high school, they did a year long program at a recording school to hone their own skills and then launched into home recording and sought to get these songs to come out exactly the way they had envisioned.

“A lot of these songs were made at home. I seem to thrive in a really controlled environment with not a lot of people around. I had Mike Dunn, my drummer, come and record with me a ton.” Visser explains that throughout the recording process, the feeling they were striving for was really there but the songs just didn’t have the scope they wanted. Enter Neil Comer, acclaimed British producer who has worked with such luminaries as M.I.A and Charli XCX. “Neil’s done this really cool indie stuff and cool pop music,” Visser says. They took what they had been working on in their room in Winnipeg to Cormer’s studio in London. “He really reigned me back in. I have a very kitch-y tendencies a lot of the time,” they say with a laugh, “he kept a lot of that in but reigned it in when necessary and pushed things further. It was a really good counterpoint to my sensibilities and I think that was what gave the record it’s final polish.”

Having an album that is a great representation of what Visser had been trying to achieve, it’s been a wonderful experience for them to tour these songs. Having just come off a tour with White Lies throughout Europe, Visser explains how they are creating a connection to audiences in these larger rooms now that they find themselves performing in them. “It was so fun and so nice to be playing in these larger rooms. It felt so exciting. I’ve always imagined these songs to be performed in that kind of capacity, it informed the way I was writing them. You can imagine the difference to playing to 30 people in Canadian bars, some of which may not even be there to see a band, to these two to five thousand person venues. It was absolutely exciting to hear it like that.” That connection is huge for Visser, who strives to be as honest and open as possible. As they put it, it’s a mission of gently encouraging others to embrace total vulnerability. “There’s so much negativity in the world, and it’s easy to get caught in that cycle of being closed off and negative too—and then projecting that onto other people, and just continuing the cycle,” says Visser. “I’ve found that in my personal life, pushing myself to be more open helps other people to open up as well, so then it becomes a cycle of positivity instead. And I know that it’s really scary to do that, but hopefully opening up in my music will help people to feel safe. I’d love for people to hear these songs and feel inspired, like they can do anything they want with their lives.”

Boniface comes out on February 14th via Royal Mountain/Transgressive