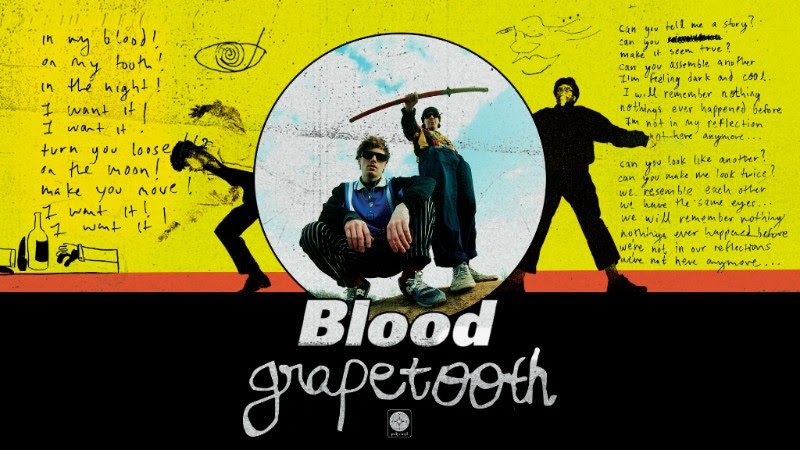 When Frankel began stopping by Bailoni’s apartment in the winter of 2015, the two began writing songs with no intention to release them. However, after growing a strong collection of music, the two agreed to open for Knox Fortune as “Grapetooth”, an affectionate nickname given to Frankel by Twin Peaks’ tour manager. After becoming roommates and spending late nights collaborating, they stumbled upon a mutual love for the music of Yukihiro Takahashi and the pop sensibilities of Arthur Russell, creating their own blend of synth pop that’s equal parts of doomy disco and jangly, damaged folk music. Fusing the anthems and sing-a-longs of New Order with the live-show danger of Suicide, “Blood” and the rest of Grapetooth’s singles don’t shy from new wave-inspired textures, instead embracing danceable key sequences and lamenting about love, death, and even the movie “Badlands”.

Ahead of the release of their debut album, those who want to hear more can listen to the three previously-released tracks and those in the Chicago area can also catch them at Thalia Hall on Sunday, November 11th.