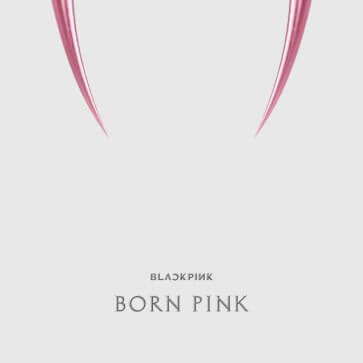 “Look what you made us do” sing JISOO, JENNIE, ROSÉ, and LISA aka BLACKPINK on the track “Pink Venom”. The song kicks off their new album BORN PINK out everywhere now. Is this a signal that the record shattering, world wide famous pop group are entering their Reputation era?

While talented foursome are clearly doing their own thing, it’s really fun seeing the parallels in this song to the Taylor Swift hit “Look What You Made Me Do” off her Reputation album. The fun doesn’t stop there. Besides the numerous nods to other pop hits, contemporary or otherwise, BORN PINK is a blast from front to back. The album not only showcases the four members unique charisma but is an absolute banger.

Even with BORN PINK’s brief running time, the entire proceeding clocks in at just 24 minutes, each song exudes a freshness and character that is lacking in much of the pop music landscape. I’m fact its briefness may be one of its strong points. The record leaves you wanting more. If it’s your jam, you’ll bs inclined to hit start again once it ends. You know what you’re getting into right away. The production is crisp and busy, arrangements consistently swapping genre with the individual members taking their turn at the mic. We go from the dubstep inflected “Pink Venom” with its bridge take takes from 90s hip hop. A little Dogg Pound style rap synth line bubbles up from a undeniably appropriate break beat while Lisa takes the mic. “Yeah Yeah Yeah” is not just a little reminiscent of Kelly Clarkson’s “Since You’ve Been Gone” until the chorus hits with its bright 90s euro house synth line. The band just don’t keep things at full throttle. On “The Happiest Girl”, they take things down a bit with an affecting ballad documenting a breakup and how they resolutely try to shrug it off.

BORN PINK is a nice breath of fresh air in the cluttered pop music landscape. Much of this is owed to the touches each of the band members bring to their songs and the immaculate production behind it all. The album is another perfect step in the worldwide domination that the foursome has already embarked on and will be sure to complete once the inevitable tour rolls around. If you’re a BLACKPINK fan, you’ll be over the moon here and if you’re not, and give this a shot, you may find yourself becoming one.