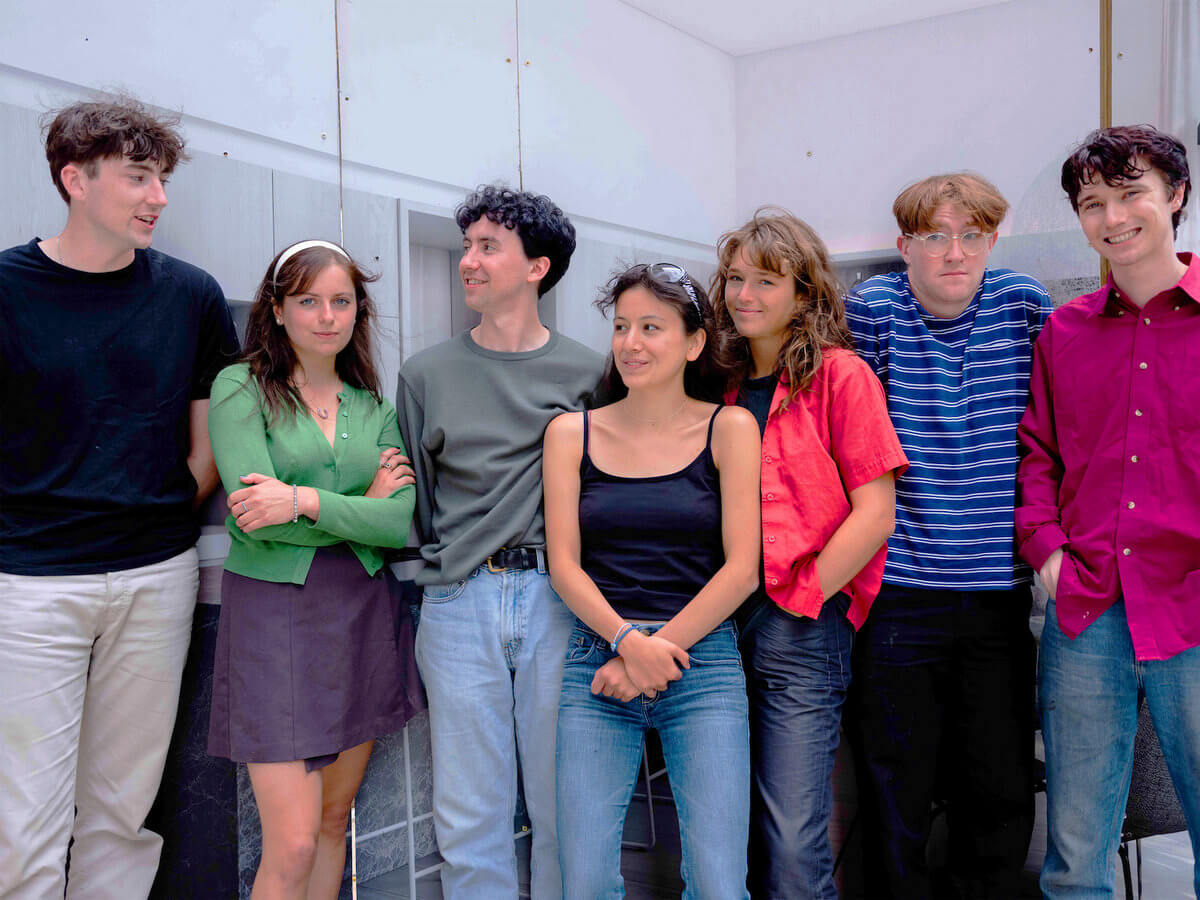 Black Country, New Road photo by Maxwell Grainger
Share on TwitterShare on PinterestShare on PocketShare on RedditShare on FacebookShare on Email

Formed in 2018, Black Country, New Road is a band from England that has earned a loyal following in a very short time on the strength of two singles and their engaging live show. The band recently signed to Ninja Tune and will release their debut full-length “For the First Time” on February 5th. The album was recorded live in the studio with producer Andy Savours (My Bloody Valentine) and showcases their honest and uncompromising material.

It’s really refreshing to see a band approaching their compositions this way and receiving such enthusiastic support. You really get the feeling listening to the album that they could go any number of directions from here and there’s definitely something exciting and fresh about what they’re doing. I had a chance to talk to bassist Tyler Hyde and guitarist/vocalist Isaac Wood about working with Savours, their songwriting process, and where they think they might be headed musically in the future.

NT: How did you end up working with Andy Savours (The Horrors, PJ Harvey, Yeah Yeah Yeahs), was he your first choice to record “For the First Time”?

IW: We’d recorded with him before when we were doing (our second single) “Sunglasses” (2019), and then we decided to go with him again because we really enjoyed the experience.

TH: Yeah, I can’t remember how that initial contact was made. I think it was just recommended through our manager. We didn’t really have much experience, and the experience we had before was with (our 1st single, 2019s) “Athens, France”. We recorded that with Dan Carey, and then “Sunglasses” was Andy Savours, and that way of recording (and) the way it sounded was much more appropriate for what we’re going for with the album.

NT: Your music is anything but formulaic and avoids predictable song structures. We’re you surprised by the reaction to your first two singles (2019s) “Athens, France” and “Sunglasses”?

TH: Yeah, I mean, it’s a surprise because they were kind of written in a room just to kind of please one another. So quite a shock when you put them out and it turns out lots of other people like it.

NT: Why did you decide to re-record your first two singles for the full-length? Was it just a matter of the songs having evolved since the first recordings were done?

TH: I guess there are a couple of reasons but one was that the album is recorded live so it made sense for the songs to be recorded at the same time as the others. If they weren’t re-recorded, they would just sound of another time and the whole album is about capturing how the songs sounded at one point in time.

NT: When you’re composing music do you get in a room and improvise, or do some of you bring full or parts of songs in?

IW: It really varies. Sometimes we’re sort of working to quite a strict sort of predetermined thing and really set on some ideas. Other times there’s just a couple of ideas floating around and we sort of piece them together and have a bit of fun with it.

TH: None of these (songs) are really anything that has come out of a jam. There’s always something that has been written before the session, the writing session, and then it’s a matter of fleshing parts out.

NT: Have you found that most of the time you’re pretty much on the same wavelength, or is it quite a process to finish one of these songs?

IW: Again, that varies, but most of the time, we’re pretty locked into the same idea in a similar vision.
TH: Even if people do have different opinions, it doesn’t take long to settle for which one we all think is best.

NT: Is there any track on the album to you that maybe points to the direction the group might be headed in the future? I can tell you from the number of times I’ve listened to the record that “Track X” is the one that stands out to me.

NT: What’s interesting is, there’s a lot of elements to your record that are pretty abrasive, but then I hear a song like Track X and it’s maybe the most melodic and I just get the feeling you guys could go anywhere musically.

IW: Yeah, anywhere and everywhere. I would say it’s definitely as a song a bit of a sign of where we’re heading in terms of musical genres and styles. There’s multiple energies sort of hovering around in the band, it’s just shining a spotlight on some of the other ones.

TH: We’re pretty determined to not stay in one sound world for too long.

NT: Have you started composing any new material?

TH: Literally, right now. We’re in the process of a writing week.

NT: Isaac, your lyrics strike me as a stream of consciousness or even short stories. Have you always been into writing whether it was poems, short stories, or even lyrics for any previous music projects?

IW: Not really no, this is the first time in my life I’ve been doing that as a thing or a hobby. It’s been interesting definitely, but it was very much something that came out of necessity really. It wasn’t something I had a particular passion for.

TH: We were considering being an instrumental band that would have guest vocalists coming in and doing stuff but after much conversation, felt that that wasn’t right. Then Isaac stepped up to it. None of us were going to do it. So he kind of had no choice.

NT: For a lot of musicians the music they heard growing up tends to stick with them as they mature. Did the music your parents played around the house when you were kids have any impact on you as musicians and songwriters?

IW: Yeah, definitely, They Might Be Giants was what my mom used to play all the time and they’re a big influence.

TH: My mom used to play me a lot of Jackson Five. I don’t think that that has influenced the way I play at all but just growing up in a household with instruments and an interest in music inspired me to be a musician. When I was about 16 or so I met Isaac, Lewis (Evans, saxophone) and Luke (Mark, guitar) and a lot of the music that inspires me now I found then I think, or just before then.

NT: Are you feeling optimistic about getting back out on the road in 2021?

IW: We’re feeling good. It’s a good life as far as we’re concerned. Looking forward to whatever it looks like, just thanking the Lord for our safety and that we’ve been looked after during this time, which has been so hard for so many.

TH: I think you have to be positive about it. We are in such a fortunate position, compared to so many people, you know, we can’t be negative about it. Have to be hopeful. 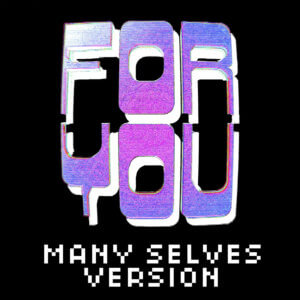