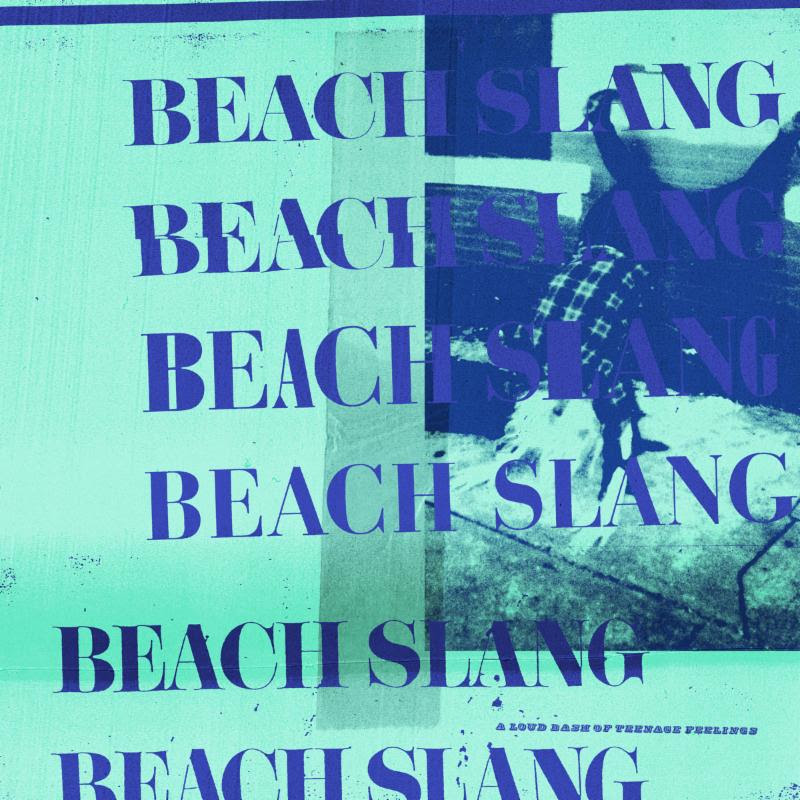 “I don’t want to whisper things anymore. I want to yell them.”
— Beach Slang’s James Alex

Philadelphia’s Beach Slang has announced the release of their follow up, A Loud Bash Of Teenage Feelings, out this September 23rd on Polyvinyl Records. Today, they share the lead-track “Punks At A Disco Bar.”

Beach Slang’s second full-length is a crash-and-thunder collection of songs about what it takes to keep yourself going, to make it through the rest of the night-hell, through the rest of your youth-and beyond. Frontman James Alex wrote much of A Loud Bash Of Teenage Feelings on their first album’s support tour, during which he spent a lot of time with the kids who’d picked up the record.

“A lot of the songs [on Loud Bash] are the stories of the kids who got turned on to Beach Slang by the first album,” says Alex. “They’re autobiographical, too, but kind of at a remove-I’m not that young kid anymore, but I used to be. You know how it is; rock and roll is a new crop of 15-year-olds picking up guitars every year and having at it. There was something really cool about documenting someone elses life, but seeing myself in it. I suppose that’s why we connect. We’re all kind of one big gang.”

Going into the second record, Alex didn’t feel a sense of pressure to match the broad, unexpected success of the first.

“What I did feel was a sense of responsibility to the kids who told me they were finding something in our music that brought them back from a bad place, the ones who were getting Beach Slang tattoos and quoting lyrics to me after the shows. I don’t want to let those people down. As a 20-year-old, I thought, hey, let’s all have fun, we’re gonna live forever. You don’t really see the finish line. Now it’s more like, am I leaving behind work that’s going to matter? What’s this going to say about me when I run out of air, and my son is listening to these records and tapes that I left behind. Is he going to say, “Yeah, my dad was all right”? These days I feel like I’m responsible for things bigger than myself. And I want to do right by them.”