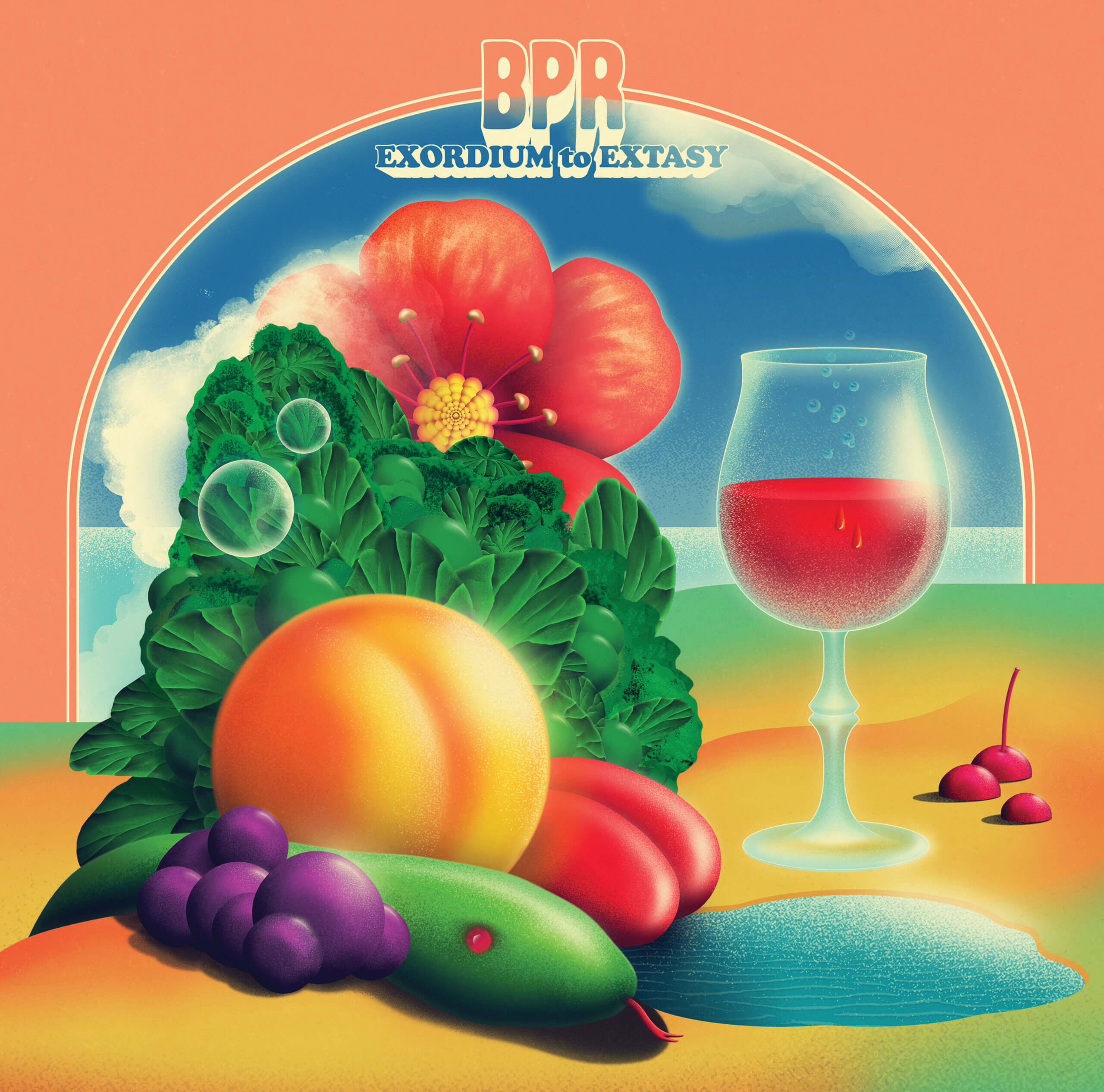 When one thinks of Montreal, one of Canada’s cultural hubs, the long-dead disco craze is unlikely to come to mind. As a genre, disco hasn’t been relevant since it was grandly overshadowed by the raunchy rawness of punk and rock. But, with all its anachronistic glory, there are some that dare to dip into the fountain of glitzy jumpsuits and platform heels. One of them is Barry Paquin Roberge, a daring Montreal-based sextet that, on their newest album, slips and slides through dazzling, albeit occasionally kitschy, disco-tinged songs.

Exordium to Extasy does, at times, border on cheesy and tacky, with “Eyes On You” and “Soviet Love” exemplifying that slightly uncomfortable virtue. At the worst of times, BPR’s arrangements play like moldy stock tracks that, for good reason, were left in the bedazzled days of the 1970s. At the best of times though, their jaunty, groovy, and jubilant energy is the perfect blend of lively and performative. As a whole, their latest effort spends roughly equal time in both states, making the resulting experience a mixed bag.

Still, there are a number of high points. On “Hot Stuff (Wanna Play Rough)”, the band’s fronting vocalists shine in harmonic unison, almost recreating the magical gyration of early Prince records. Elsewhere, the opening track is irresistibly funky, while the final suite is a cute and smoothly misty conclusion. Outside of the Prince-esque vocalization, BPR appears to channel Earth, Wind & Fire and Parliament-Funkadelic, both of which are brilliant artists that deserve recognition and tribute. Regardless of substance, the entire collection is cleanly produced and polished excellently. If nothing else, BPR has crafted truly pristine arrangements that are pleasing to the ear from a production standpoint.

It’s refreshing to hear something that, for all intents and purposes, has not been heard for so long. Disco may not be at the top of the list of genres deserving of a revival, but it’s hard to deny how amusing it can be if done right and honestly. Barry Paquin Roberge, in all of their unapologetically flamboyant glory, have done a respectable job of resuscitating that dancy feeling.

And so, while it may be slightly out of touch and intermittently flat, Exordium to Extasy is a fun, rhythmic, and unique effort that, at the very least, scores points for the sheer courage of its extravagance.