“Talk With Your Hands” by Bad Bad Hats 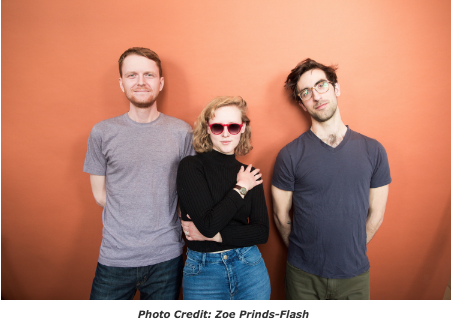 "Talk With Your Hands" by Bad Bad Hats
TwitterPinterestPocketRedditFacebookEmail

This week Minneapolis trio Bad Bad Hats released their new single “Talk With Your Hands”. Along with the news, the band has announced a North American tour in support of their forthcoming release, Lightning Round, out August 3 via Afternoon Records (Yellow Ostrich, Haley Bonar, John Vanderslice).

Since the release of their debut album, the indie rock trio has toured extensively, sharing stages with The Front Bottoms, Margaret Glaspy and Third Eye Blind. They head back on the road next week, kicking off a summer tour including stops in NYC, LA, Boston and Chicago. On Lightning Round, the band emerges with a record of catchy pop melodies that are both dreamy and strikingly deep.