Autolux interview at South by Southwest 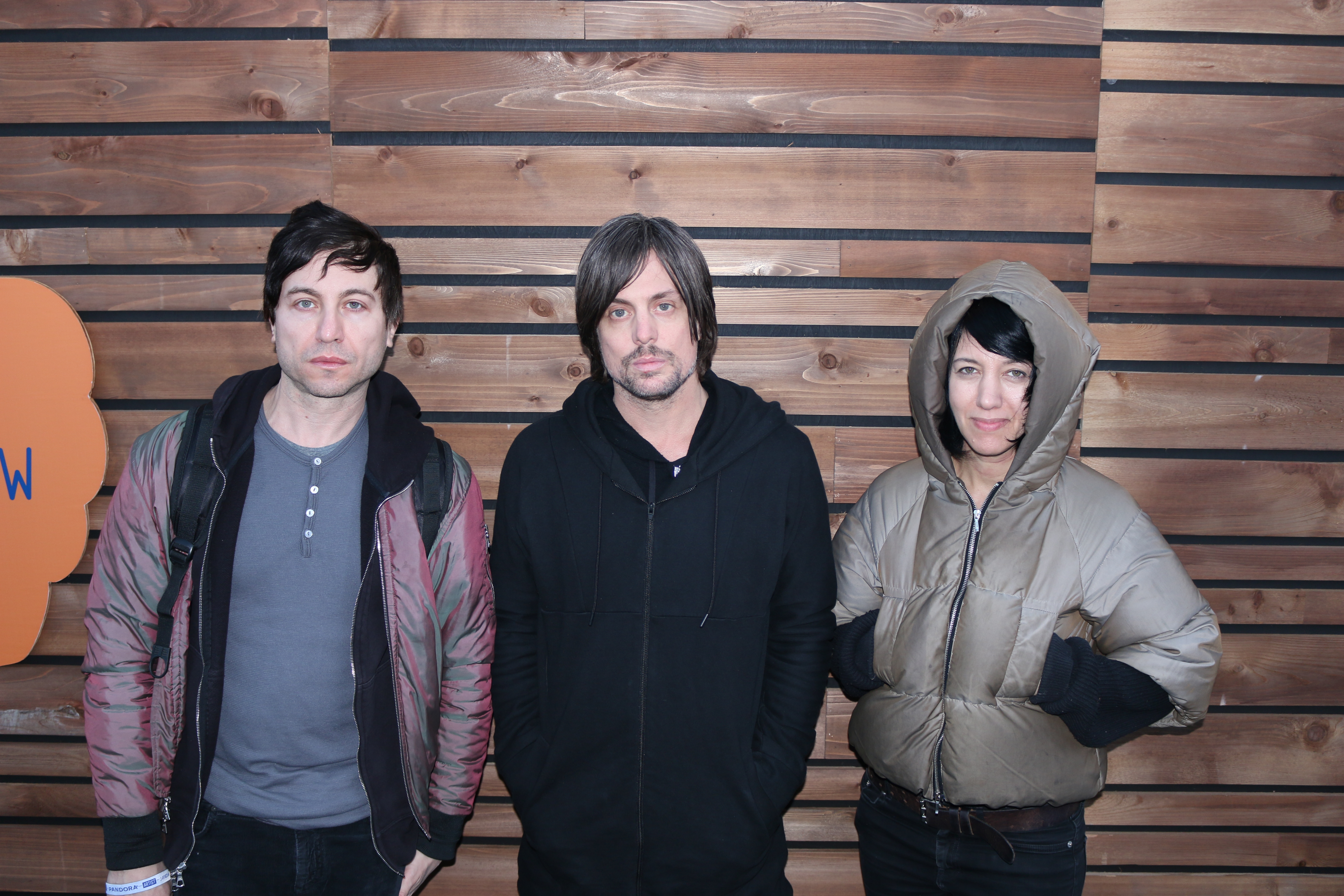 It was a bit chilly, surprisingly, in Austin during South by Southwest when I went to the Pandora stage green room to meet Autolux. We all sat around a couch and tried to keep warm, chatting about the festival and the band’s new album, due out on April 1st. Autolux has been around for more than 15 years now, and are releasing their third album. The band played the Pandora Discovery Den showcase in between performances from Troye Sivan and Bloc Party.

Northern Transmissions: Can you tell me a bit of your history as a band?

Autolux: We put out our first demo out in 2001, and our first record in 2004. I had met T-Bone Burnett, who had hired me to play some sessions for films, and he eventually signed us as a band. He’s influenced us because he’s a deep musician, and he brought out the best of us while we were recording our music, sonically, all of our sounds.

NT: How have you progressed as a band, and what directions have your sounds taken since your first release in 2004? What can we expect with Pussy’s Dead coming out April 1st?

A: I think each record has been an intentional, conscious, sonic progression. More naturally so, since the first record. It was finding our initial sound that was the most difficult. We just did a lot of talking about what we wanted, and what we didn’t want. From Future Perfect to Transit Transit there is definitely a bunch of new elements that are added and different things going on. From Transit Transit to Pussy’s Dead (the record that is about to come out), I think it is even a bigger leap for a lot of the songs. The first two records seem to have more in common, the new album stands further apart, but it’s hard to be objective when it’s the last thing you’ve done. We won’t really have true perspective on it for probably a year or two. But of the three records, this one seems to be the most in its own world. As a listener, I think it envelops you more in its atmosphere, more so than the other two. That’s something we’re always trying to do: to get the textures to have a unique sound that’s instantly identifiable.

NT: How is it working with DangerMouse’s label?

A: It’s great. The head of our label is a fan, and he calls the shots. He helps us get things that we want to do done. It’s kind of the best of both worlds for us, because he can call on all the resources of Columbia and Sony, but it’s really his own imprint—30th Century Records. So, we’re kind of protected within that. To just be signed to Columbia or Sony, proper, would kind of be scary. In a way, it’s similar to the setup we had on the first record with T-Bone, and the Coen Brother’s record label imprint, called DMZ. It feels safer to have somebody who is protecting you, but you can still pull on all those resources.

NT: How was working with Bootz for the new album?

A: He really inserted himself into the center of our world, which nobody’s ever done before. He was instantly able to be congruous with the music that we had made in the past, and with what we were trying to do now. He seemed to instinctually know what the songs needed, and what they didn’t need. He listened to where we were at, because all the songs were already written, and he gave us the confidence that everything was there and that it would be a quick process to finish it. He stepped in at the right moment. It’s the most collaborative any outsider has ever been in an album of ours, so far.