Thom Yorke is one of music’s most meticulously-crafted fine wines. Regardless of project he’s attached to – Radiohead, Atoms for Peace, solo or otherwise – Yorke is an ever-present figure in modern music, and his ability to create and test his own musical limits seems to only get better and deeper with time. With his previous two proper solo albums, 2006’s The Eraser and 2014’s Tomorrow’s Modern Boxes, Yorke proved he could step out on his own from one of the world’s biggest bands and carve a distinct identity as a solo artist without simultaneously risking alienating listeners. On his third solo album ANIMA, he underlines once again how much of a knack he still has for making mysterious, experimental-sounding music memorable and groovy without really compromising, and it’s a big component to why he’s maintained his longevity as impressively as he has.

Written after a bout Yorke had with anxiety and writer’s block, ANIMA is a sonic journey with multiple twists and turns, though without ever truly losing its focus. Things begin with “Traffic”, an immediate standout that starts rather modestly and eerily before synths and other effects enter the mix. Though Yorke and producer Nigel Godrich both create a paranoid vibe to much of his material (and Yorke’s come a long way in that regard since “I’m a creep, I’m a weirdo, what the hell am I doing here?”), it’s often pleasant-sounding nonetheless, and “Traffic” is no exception. “Last I Heard (…He Was Circling the Drain)” continues very much on that wavelength, though it’s a much more ambient tune in comparison to “Traffic”’s more house and UK garage-inspired feel. It’s an ambitious project in some ways – Paul Thomas Anderson even developed a short film for the album to be seen on Netflix and in certain IMAX theatres. It’s by no means overly extravagant, however: the album’s only nine songs and just under 48 minutes in length, and with a fairly focused musical narrative, as tracks frequently bleed into one another.

The heavy emphasis on loops and ever-changing introductions of parts isn’t a surprising one – the album was inspired in part by Yorke seeing Flying Lotus live and observing how he’d improvise during his set. Traces of FlyLo’s idiosyncratic production style can be heard throughout various points in the album, as can Brian Eno, Four Tet, and Boards of Canada – in fact, the latter’s style in particular can easily be heard during the analogue synth intro of “Dawn Chorus”; a hypnotic number with monotone vocals, warm synth effects, and lyrical themes of regret over a failed romance. The track concludes Anderson’s Netflix film, and acts as the album’s ballad of sorts.

Despite the album’s cohesive feel, Yorke’s never quite satisfied to rest on his laurels stylistically: “I am a Very Rude Person” is a very bare-bones track sonically with little more than a bass line and a drum loop guiding things along before shifting its focus to vocal harmonies, while “Not the News” evoking an eerie feel both through its vocal purring and its themes of paranoia (case in point: it literally opens with him singing, “Who are these people?”). On “The Axe”, Yorke waxes lyrical about his frustration with technology (“Goddamn machinery, why won’t you speak to me?/One day I am gonna take an axe to it”) while skittering drums and nonstop, one-note synth patterns form the song’s bedrock. “Impossible Knots” sees Radiohead drummer Phil Selway link up with his bandmate by contributing sped-up drumming to the track, and fittingly enough, it’s probably the song that feels most like a Radiohead outtake. However, it’s the largely instrumental closing number “Runwayaway” that feels like the most appropriate note for the project to end on, with somewhat muted guitar licks driving much of the song while also being defined by effects clearly indebted to those of past collaborator, Four Tet. The almost computerized-sounding delivery of the line, “This is when you know who your real friends are,” is as appropriate a moment as they come in an album defined by themes of anxiety, dystopia, and being in a frazzled, chaotic state of mind.

By letting the project flow nicely and with a dreamlike tone to it (Yorke has a fascination with dreams, after all) while also providing enough intrigue musically and lyrically to keep the listener engaged, Yorke’s third album is an intriguing next step in his glittering music career, and one with fantastic end results given the album’s infancy as being largely unfinished tracks by Yorke that were then chopped up and spliced together by Godrich to have new vocal parts from Yorke sung over them. With ANIMA, Yorke takes his already well-built solo repertoire and adds a dash of colour, detail and mystery. 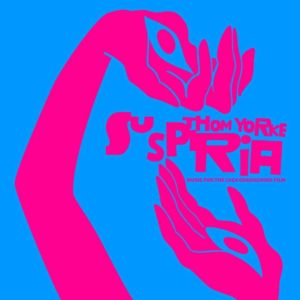