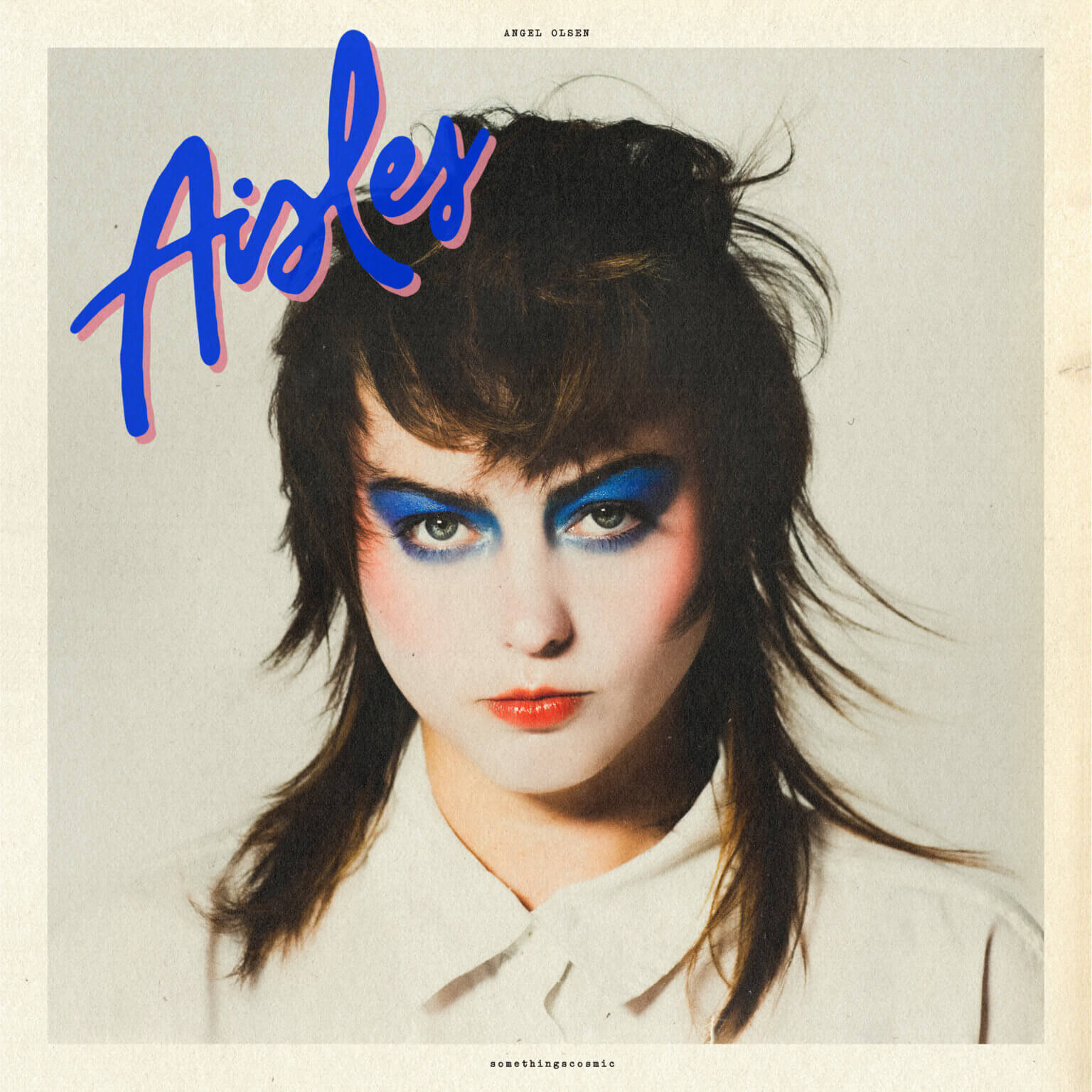 Angel Olsen announces the Aisles EP, including covers of “Gloria” (Laura Branigan), “Eyes Without A Face” (Billy Idol), “Safety Dance” (Men Without Hats), “If You Leave” (Orchestral Manoeuvres in the Dark) and “Forever Young” (Alphaville). Olsen comments, “I know it’s not really in my history to do something unintentional or just for the hell of it, but my connection to these songs is pretty straightforward, I just wanted to have a little fun and be a little more spontaneous, and I think I needed to remember that I could!”

Aisles was recorded in the winter of 2020 at Asheville’s Drop of Sun Studios with co-producer and engineer Adam McDaniel. “I told Adam I had an idea to record some covers and bring some of the band into the mix, or add other players. I needed to laugh and have fun and be a little less serious about the recording process in general,” says Olsen. “I thought about completely changing some of the songs and turning them inside out. I’d come over to find Adam had set up five or so synthesizers, and we’d get lost on a part for a while messing with some obscure pedal I knew nothing about. We’d spend a good amount of time going through sounds before finding one or two, sometimes we’d get real weird and decide to just go with it. ”

“I’d heard ‘Gloria’ for the first time at a family Christmas gathering and was amazed at all the aunts who got up to dance. I imagined them all dancing and laughing in slow motion, and that’s when I got the idea to slow the entire song down and try it out in this way.”

Angel Olsen’s Aisles EP follows the Song of the Lark and Other Far Memories Box Set, released this past spring, and her new single with Sharon Van Etten, “Like I Used To.” It is the premiere release for somethingscosmic. “I’m very excited to be introducing somethingscosmic, an imprint that will serve as the home for all my covers, collaborations, and one off singles,” says Olsen. “In this time away from touring I have been inspired to create more, and somethingscosmic will give the me flexibility to release when and how I want to with the help from my longtime partners at Jagjaguwar. The hope is that it will become a place for all of my creative endeavors, music and otherwise.”