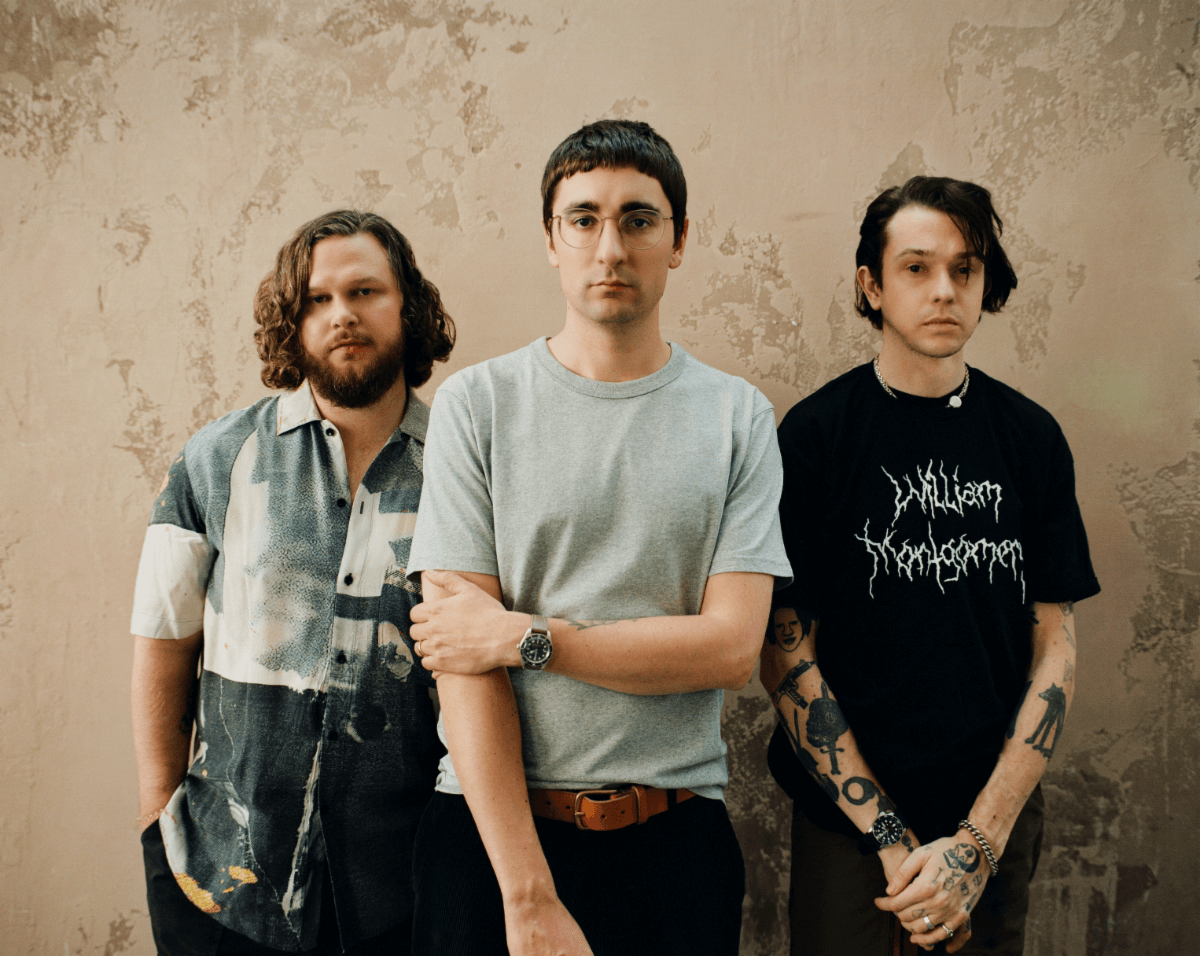 alt-J today releases “Hard Drive Gold,” the third song from their upcoming album The Dream. The full-length will be released on February 11, 2022, via Canvasback/Atlantic.

Joe Newman, the band’s singer/guitarist/songwriter says “’Hard Drive Gold” is a slightly tongue-in-cheek song written at what we thought was the height of the cryptocurrency gold rush. It’s the story of the ultimate childhood fantasy, the schoolboy who becomes a millionaire overnight, and the different interactions he has with people in his life from teachers to neighbors. How ironically you interpret its message is entirely up to you…”

The song is accompanied by a video that is Newman’s directorial debut. Throughout the band’s career, Newman has been involved in developing the ideas of a number of alt-J videos, and now with “Hard Drive Gold”, he takes the full step up to directing. His partner, Darcy Wallace, who choreographed for both film and music videos co-directed the video. Newman says of the video, “Growing up enjoying cinema greatly I saw our music videos as opportune moments for directors to create stories purely and so we the band did not appear in our videos. By avoiding cuts to a band playing in an ‘airplane hanger’ the audience could focus on the cinema over the indie band music video tropes.”

“I had ideas for videos that I passed on to directors to develop, watching these directors execute some of these ideas inspired me and now I want to understand and experience the process at a deeper level.”

“Hard Drive Gold” follows “Get Better”, the stirring centerpiece of the forthcoming album The Dream, and “U&ME”, an inspired snapshot of the band’s experiences of playing summer festivals in Australia. Alongside the news of the songs, alt-J has previously announced an arena tour of North America, beginning, February 25 in Pittsburgh and ending April 17 in Toronto.

Pre-order The Dream by alt-j HERE