Indie R&B artists Juletta + Ishan, recently dropped their new video for “Airborne.” The clip, filmed at an abandoned hotel. The song is from their freshly released collaborative album If I Never Hit Land, inspired by real stories Juletta collected from 30 women she interviewed over the past two years in New York City — clips of which can be heard on their interactive web experience here. Juletta explains the track: “‘Airborne’ is really about surrender. When I let go of trying to control the outcome of something and instead focus on my input only, that’s when I’m most aligned with myself and happiest.” Ishan adds: “It was made slowly, methodically, and to me juxtaposes the peace of the external with the pain of the internal.”

“Airborne” follows singles “Solstice,” “Wildheart,” “Gut Feeling” & “But Judi, Everything Changes,” which sees Juletta processing age on a trip to the coast she took with her grandmother. Produced and written entirely by the pair, If I Never Hit Land marries Ishan’s driving, house-influenced production with Juletta’s introspective songwriting. As Juletta says: “This album is my account and my experience of the memories, the tears shed, the echoing thoughts and the complexities from 30 interviews with women from the city. And within those stories is a story of my own.”

Raised in California before moving to Italy and then New York, Juletta met producer and DJ Ishan in 2018, when they released a folk-pop EP Wild Nature plus a string of singles under Juletta’s name.

Ishan explains the duo’s dynamic: “The beauty of her voice and her openness to my experimentation allowed me to grapple with ideas that had possessed my mind as a producer, but that I’d never had the chance to fully explore: blending folk and house music, bringing something new to what the great musicians of the past have achieved, and manipulating voice to create a hybrid between human and machine.” 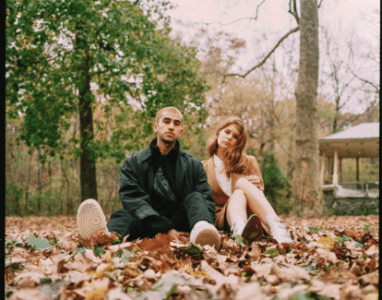