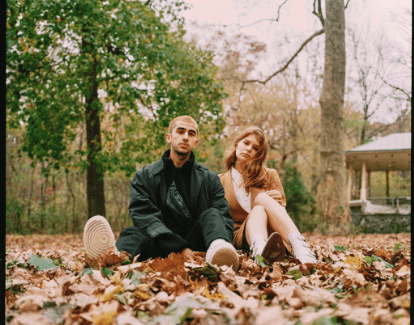 Today, electronica/R&B artists Juletta + Ishan, have Shared their New Single “Wildheart.” The duo’s forthcoming collaborative album is inspired by real stories Juletta collected from 30 women she interviewed over the past two years in NYC.

I love the meditative sentiment of “Wildheart”, and the power that comes from saying, “don’t blame it on me”. However, while we were recording I felt waves of insecurity, embarrassed that I was trying to live up to someone as beautiful and poignant as Stevie Nicks. Ishan modulated my voice down several pitches, and he loved how viscerally the low voice hit. I liked it too because it created some distance between my self-destructive streak and the song.

Looking back now, it feels odd to examine just how trapped and incapable I felt- but I’m thankful I created through it.

That video looks straight up like her mom, no joke. I couldn’t wait to show it to her, and we were both so enamored by it that we decided to do a cover of the impromptu jam session.

Often when I work with Juletta, we’ll record a song, and then pitch shift it to see if it sounds better in a different key. If it does, we’ll re-record the vocals in that key to the pitch shifted instrumental. In this case, after we sang the song, I decided that I liked pitching the whole song down. After we re-recorded the vocals in the lower key, both of us felt something was lost. There was a certain masking that the pitch shifted vocal provided that we both felt integral to the song. In the end, after some deliberations as to if we were breaking some rule we shouldn’t, we ended up going with Juletta’s pitched down demo vocals.