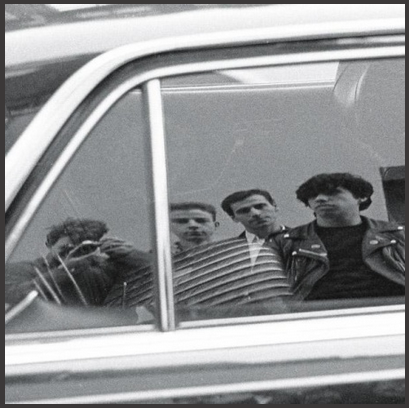 Active between 1978 and 1981, in the thick of London’s post-punk scene, they enjoyed an intense and fruitful short time together. Coming to the label’s attention when they supported Bauhaus at the Billy’s venue in Soho, their only releases came with two singles in 1980 – the double A-side 7” of “Final Achievement” and “Die Laughing” and the IV Songs EP. Calling it a day before they recorded an album, 4AD fittingly issued the posthumous release of the 12” EP, Fin, using the band’s epic, three-track John Peel Session.

Ten years after amicably splitting, 4AD released the now long out of print retrospective CD, 13 (Lucky For Some), coercing the band back in to a studio to record four songs they had played live but not committed to tape to complete the release. Things returned to quiet until interest to licence their music came from experimental French label Desire Records (who subsequently pressed up a limited mini-album of the first two singles entitled IV Songs + II in 2011) sparking In Camera’s interest to compile Era, the definitive and final word on their band.

Era focuses solely on the group’s earlier material with the deluxe, double CD package containing their three singles in chronological order on Disc One and eleven not-previously-released tracks on Disc Two – two demos, four live recordings and five tracks from a recently found rehearsal tape. The gatefold LP version has all but one track from the three singles and seven of the never-before-released tracks spread over two records.

* Exclusive to this release