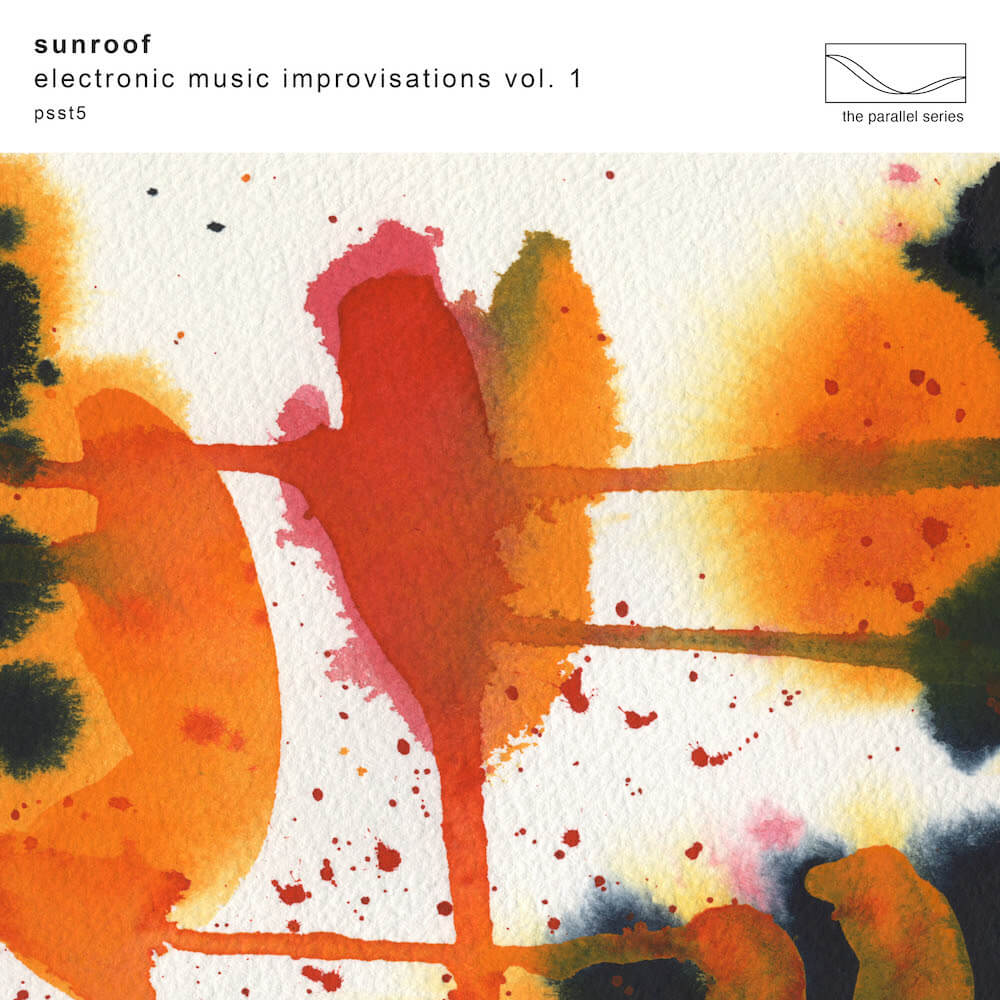 1.1- 7.5.19 By Sunroof
Share on TwitterShare on PinterestShare on PocketShare on RedditShare on FacebookShare on Email

Sunroof is the project of Daniel Miller and Gareth Jones. The duo have announced, after four decades of friendship and collaboration, the release of their debut album. Electronic Music Improvisations Volume 1, a collection of eight improvised modular pieces recorded as live in various studio spaces across London in the spring and summer of 2019, will be released on the newly revived Parallel Series of Mute on May 21, 2021.

Daniel Miller (founder of Mute, the “accidental label” that began with the release of his own 7” single The Normal’s “T.V.O.D” / “Warm Leatherette”) met Gareth Jones (the innovative and influential producer, engineer and artist) back when Miller asked Jones to work with him in late 1982 on what became Depeche Mode’s Construction Time Again. After the band had gone home for the day, they would stay to work on their own sessions. That practice continued and, by the mid-nineties, Sunroof had emerged as remix project reworking Can, MGMT, To Rococo Rot, Kreidler and Goldfrapp, and appeared on a compilation paying tribute to Neu!.

Back in 2019, Miller and Jones were heading to a György Ligeti concert at the Barbican and beforehand – as they often do when together in the same city – the pair spent a couple of hours improvising with modular systems. Unusually, this time they decided to record the session and, over a pre-concert meal, Gareth asked a question that seems logical after all these years: “Are we actually going to make a record together before we die?”

The following day, they set themselves some rules: “We decided to get together to do a bunch of improvisations,” explains Gareth. “We said we’d work in a number of different physical spaces but always together, in the same room. We were keen to do shorter pieces because we were both very inspired by Chris Carter and Martin Gore’s electronic music projects, where the pieces were very concise and compact.”

Key to their manifesto was a distinction between an improvisation and a jam session. “With modular systems, you can just go on and on forever and never actually complete anything. Sometimes that’s okay – part of the joy of a modular is that you can just keep going indefinitely. But with this we were keen to actually finish something, so setting that timeframe became a really important rule for us,” adds Daniel.

Nothing was pre-planned, they didn’t rehearse, and the pieces were recorded as live performances using a limited number of channels. What they accumulated during the course of those 2019 sessions was a suite of evolving, restless pieces, each one containing layers of pulsing, atmospheric sounds.

The pieces on Electronic Music Improvisations Volume 1 have a timelessness evoking the classic sound of some of the earliest electronic experiments. They also sound resolutely modern. Even for the two players, their individual contributions are no longer obvious to them, nor is it actually necessary to separate who did what. The whole journey is what’s important, not the individual twists, turns, and tweaks that happened along the way.