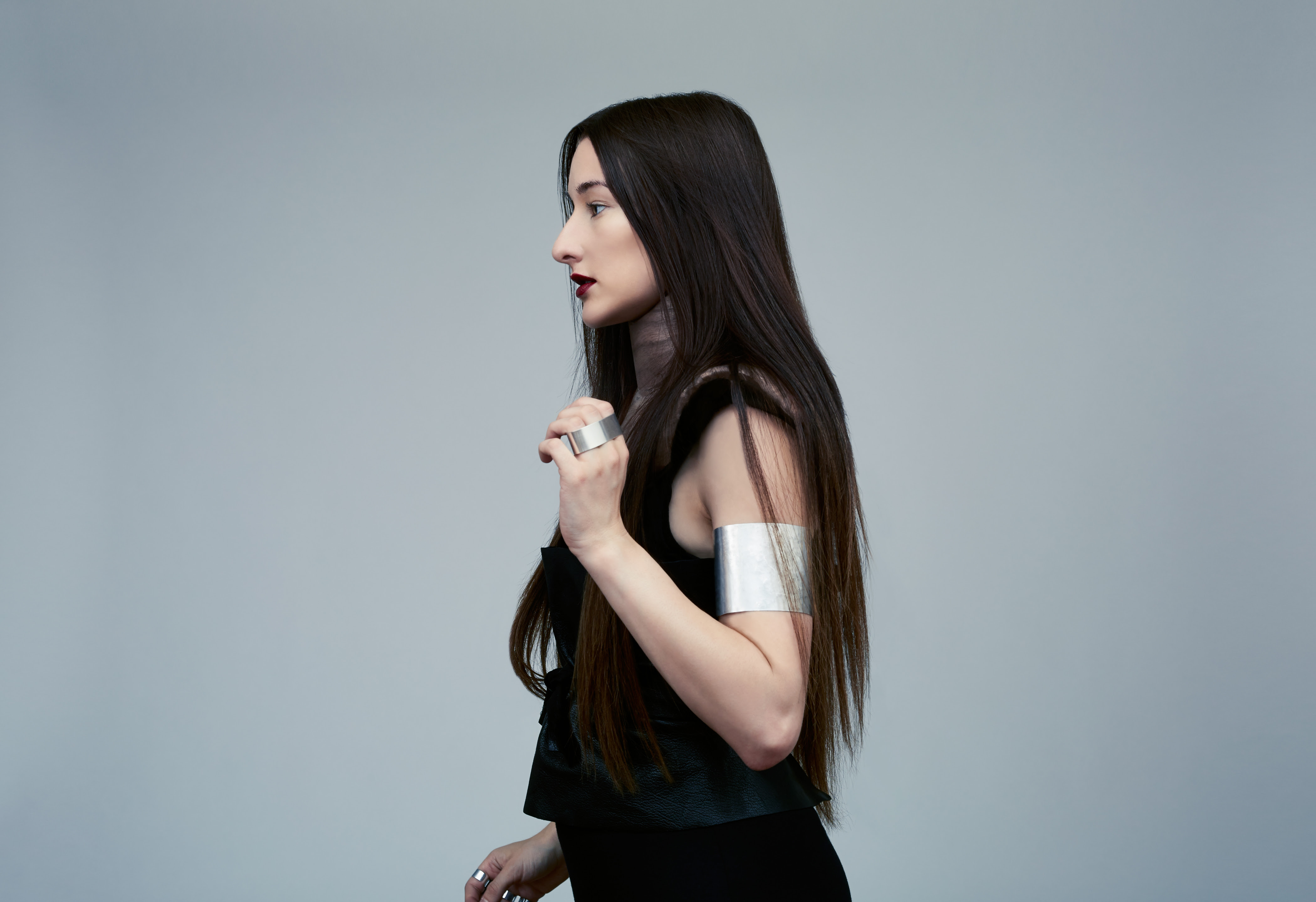 Zola Jesus aka Nika Roza Danilova has just release her new EP Nail this week. With this follow up from her last album Taiga, released in the fall of last year, Nika talks with us about where she’s at now, still trying to come out from the massive tour from her last album. Working with other artists and collaborating on different projects Zola Jesus exposes the freedom of her artistic image making every step she takes confidently her own.

Northern Transmissions: Hey so your new EP is coming out is called Nail

NT: How was making the EP?

ZJ: Yeah I mean it’s good. It’s one song that was on Taiga, “Nail” and then there’s another song “Circle”, and then a remix by my friend Xanopticon which I’m really excited about because he is my favourite person and artist.

NT: That’s cool! Are there any other projects you are working on? or have planned?

ZJ: Right now I’m just finishing up touring on Taiga and doing some collaboration stuff and starting to think about the next record but taking my time but yeah, I’m still very much in the Taiga world so it’s hard to start something new right now.

NT: Oh yeah for sure! are there any other shows left in the tour that you are particularly excited for?

ZJ: Yeah, I mean I’m excited for all of them, the midwest shows, Chicago, Maddison my home town. Then I’m going over to southern Europe which is exciting, returning to places and go to Greece, I’ve never been there before.

NT: Do you have any other things planned to do in greece or while you are abroad in europe?

ZJ: No i just want to tour really.

NT: Does touring ever get difficult or stressful?

ZJ: I’ve been touring long enough for now that it’s like a nature and it feels normal being on the road and in fact when I’m home is when i feel anxious because you know in touring it feels like productive you kind of get into this routine so in the beginning it was really stressful but I’ve sort of gotten use to it.

NT: Cool, Nail is the song on Taiga and you have it in your new EP. The lyrics are so powerful and it feels like a lot of people can relate to it as well , but do you have a story or experience that brought out this expressive vocals when you wrote this song?

ZJ: I mean there’s not a story behind the song but the lyrics represent a set of feelings that i have experienced a lot in my life, you know for one reason or another you are for chained with the past for chained with someone else to you know things that you say, i don’t know i feel like “Nail” represents kind of breaking your chains and trying to regain yourself.

NT: Yeah in the video too can also be a more literal vision of the struggle, how did you feel when you were filming it?

ZJ: Yeah, filming the video is one of the most challenging shoots I’ve ever done because I was in the black bag and I had a lot of anxiety and i guess you can call it claustrophobic I really don’t like being in a space that I feel I can’t escape from and the fact that it’s just that, you know, it was really interesting to have to confront a fear through the video and I feel like that’s amazing, it makes that so much more powerful, when you have to physically have to struggle to get through the shoot and I feel like that’s an amazing thing to do.

NT: Yeah, Jacqueline Castel directed that and you have worked with her in a couple of other projects too, are there any new perspectives you gain when you work with other people like her?

ZJ: well she is really special because we have a really symbiotic relation where I feel like we both want the same thing and we have a lot of common interest and emotionally we have a lot in common, so working with her is easy and also is like confronting a mirror of yourself and she pushed that in a way that maybe I would find myself pushed back but she keeps pushing and in that way I learn something about myself and she probably learnt about herself as well, because we push each other.

NT: Thats good! what do you like to do in your spare time when you aren’t touring, writing music and recording music?

ZJ: I like to go hiking, be in nature try to do that as much as possible is one of the few places where I feel like really, I want to say at peace but I’m going to say, I feel like very pure, also walking, movies and reading books, and I like to work on music just for myself.

NT: Yeah I was looking at your instagram and there’s quite a few nature shots there as well as cool architectural shots. It’s really cool. So you seem very artistic all around, not just only in music, could you see yourself doing any other kind of art medium later on?

ZJ: Thanks, I don’t’ know music has always been my outlet since I was a baby and I have an interest in other arts forms but in terms of more as a fan you know when I create I feel like it starts with music.

NT: Who inspires you?

ZJ: I don’t know I don’t really think about inspiration that way. I feel like if you are inspired by somebody else then it’s coming from another artist, you know what i mean. I’m trying to find my inspiration from inanimate things.

ZJ: I haven’t really thought about it, let me think lately I’ve been listening to