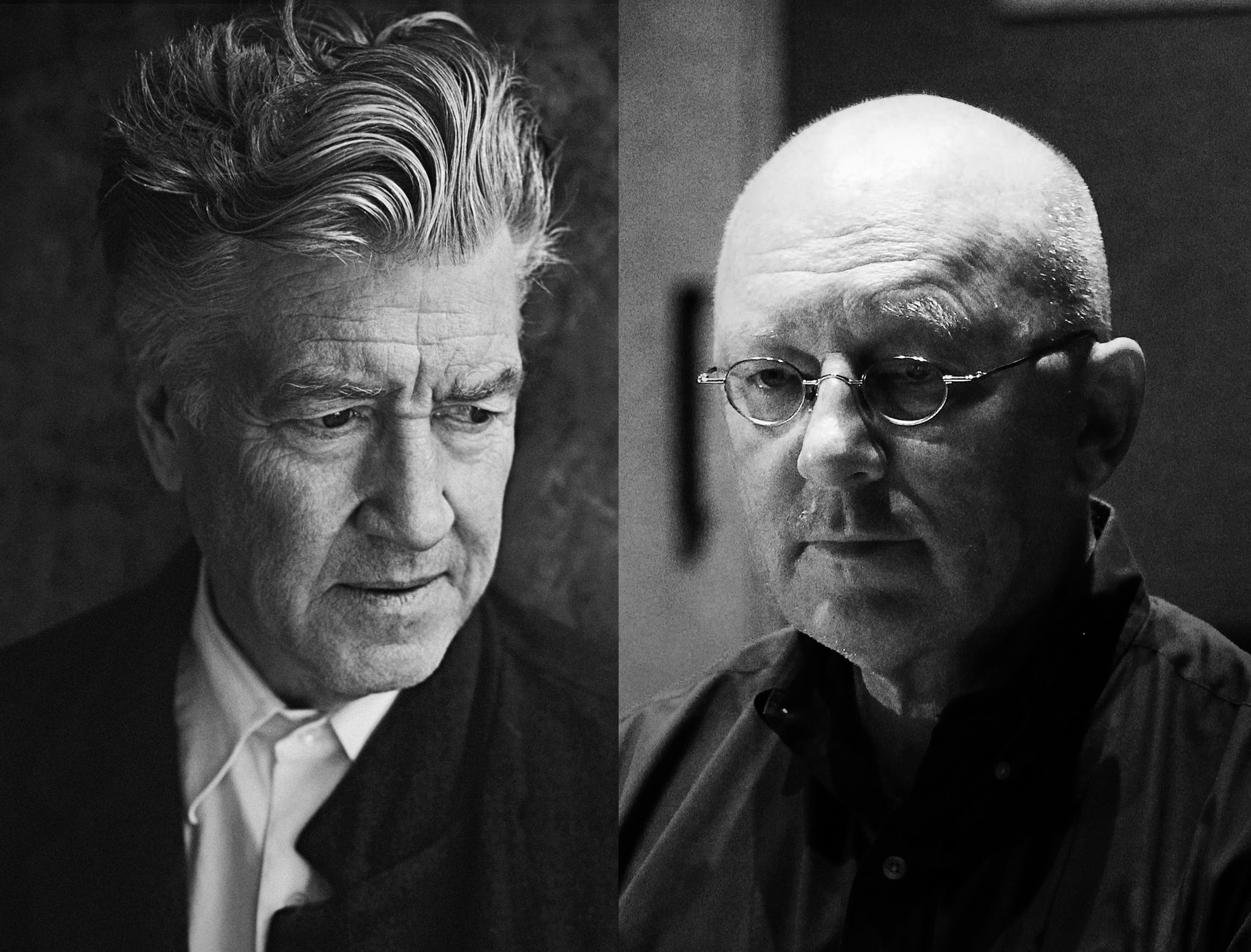 The performance was recorded in March of 2007 during the opening of ‘The Air is on Fire,’ Lynch’s retrospective art show at Fondation Cartier in Paris.

2 performances of about 20 minutes each were given in celebration of the public opening of the exhibition, taking place on a fabricated replica of the theatre stage featured in the film Eraserhead. Each ‘piece’ of Polish Night Music begins the same: with Lynch reading a unique scene, poem or ‘thought.’. Zebrowski and Lynch then embark upon a musically improvisational dialog with each other, collectively scoring the scene described.

Polish Night Music is a collaborative work by David Lynch & Marek Zebrowski, originally released as a limited edition CD by The David Lynch Music Company. On November 13th it will be re-issued on a deluxe 2xLP by Sacred Bones Records.

Zebrowski and Lynch first met during the Camerimage Film Festival in Lodz, Poland, and started to work together during the organic evolution of Lynch’s Inland Empire. Originally, Zebrowski served as a translator for the shooting of several Lodz-based Polish scenes in Empire, but upon discovering their shared interest in musical experimentation and improvisation, Lynch invited Zebrowski to his Los Angeles studio to participate in a series of musical experiments. From these initial collaborations, inspired by their unique and distinct connections to Poland, emerged a tangible mood and distinctly modern texture that became Polish Night Music.

“(Poland) is a landscape that continues to remain at once familiar and completely alien to me,” Zebrowski explains. “Every time I am there, I am surprised by some- thing, and I think for David, Poland certainly represents the process of discovery.”

“We don’t know what will happen,” says Lynch, simply. Somewhere in this not-knowing exists the experience of a Polish night, and this album is its soundtrack.