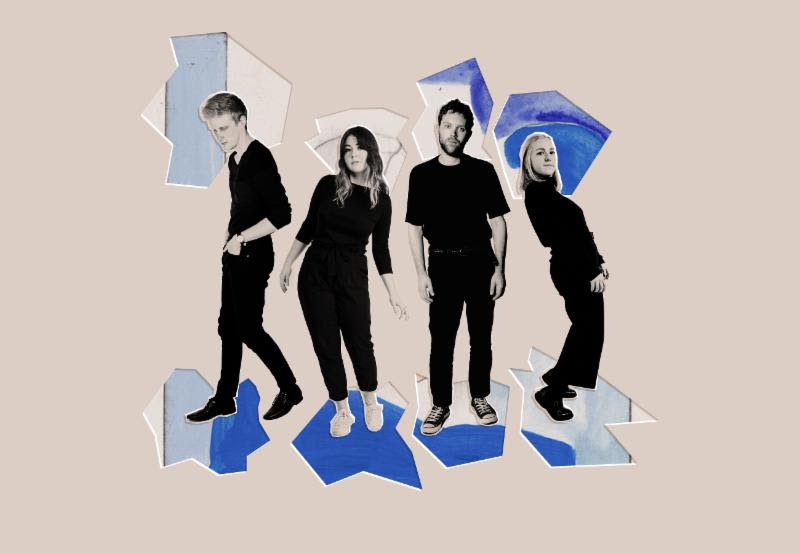 "In Camera" by Yumi Zouma
TwitterPinterestPocketRedditFacebookEmail

Yumi Zouma have announced the final installment in their EP trilogy today with the lead single for EP III, ” In Camera.” The song was produced by Yumi Zouma and mixed by Jacob Portrait of Unknown Mortal Orchestra. Of the EP the band says “there is something really special about the EP format. It’s been so long since we worked on one that we all had forgotten how fun and liberating they can be.

This EP, both in its material and how it was written and recorded, feels really close to EP I & II. Spread again between three countries, bouncing endless revisions of a song until it’s right, falling asleep on FaceTime trying to write lyrics together and the exhilaration of waking up to NEW SONG VERSION 5 – it threw us back to how we worked on material when we thought no one would ever listen.

We’ve completed our EP family. It’s the little sibling none of us had growing up and none of us knew we could love so much.”

Additionally, Yumi Zouma have announced a string of October dates in New York, San Francisco and Los Angeles. All dates below.

EP III is out digitally on September 28th via Cascine. The record will also be released on 10″ vinyl on November 16th, pre-order here.

Ethereal electropop group Yumi Zouma began in 2013 as a home-recording venture by three friends in Christchurch, New Zealand. After sharing files with the Cascine record label out of Brooklyn, they were invited to join its roster and prepared their first release, the four-track EP I. Issued in early 2014, the record was quickly embraced by the blogosphere, selling through multiple vinyl pressings and leading to a collaboration with influence Air France, the by then disbanded neo-disco duo. The pair lent new vocals to Yumi Zouma’s cover of their final single, “It Feels Good to Be Around You,” before original lead singer Kim Pflaum left the group and was replaced by Christie Simpson. By the time EP II arrived in 2015, Yumi Zouma had performed in Australia, the U.K., France, Canada, both coasts of the U.S., and across New Zealand, where they opened for Lorde. With bandmembers relocating to New York, Auckland, and Paris, they recorded their full-length debut, Yoncalla, while together on tour. Featuring the lineup of Simpson, Josh Burgess, Sam Perry, and Charlie Ryder, it was released in May 2016, also on Cascine. Later that year, the foursome traveled home to New Zealand to start work on a new album.