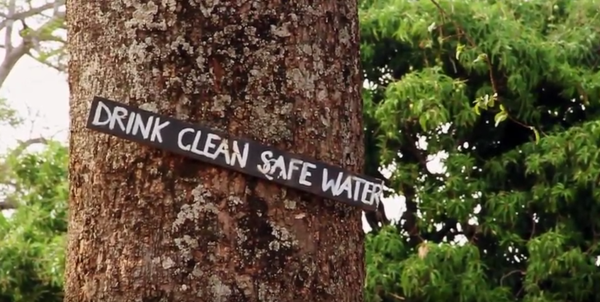 The Yeah Yeah Yeahs reveal an exclusive remix of “Under The Earth” by producer Nick Launay (Arcade Fire, Nick Cave and the Bad Seeds) and Ming Vauze, from the band’s album Mosquito, to highlight the charity, Drop in The Bucket

About Drop in the Bucket
Since its inception, DROP has constructed more than 350 water sanitation systems, which include toilets, wells and even sometimes showers, in schools across sub-Saharan Africa. DROP’s approach allows it to address the three major effects of the water crisis all at once. Before DROP even begins construction, its workers educate the community about the benefits of sanitation, including hand-washing and safe food preparation. Because DROP believes in partnerships instead of handouts, it asks the villages to raise part of the money for the project. Every man, woman and child in each community we work feels an ownership over our projects, and that’s crucial for long-term sustainability.

With the sanitation system in place, DROP helps the community establish a micro-lending program that helps cover the costs of keeping the well function and helps foster small businesses. And because the systems are located at schools, girls—who are almost always tasked with fetching water for their families—are no longer forced to drop out of school. Instead, they receive the education they desire and deserve.