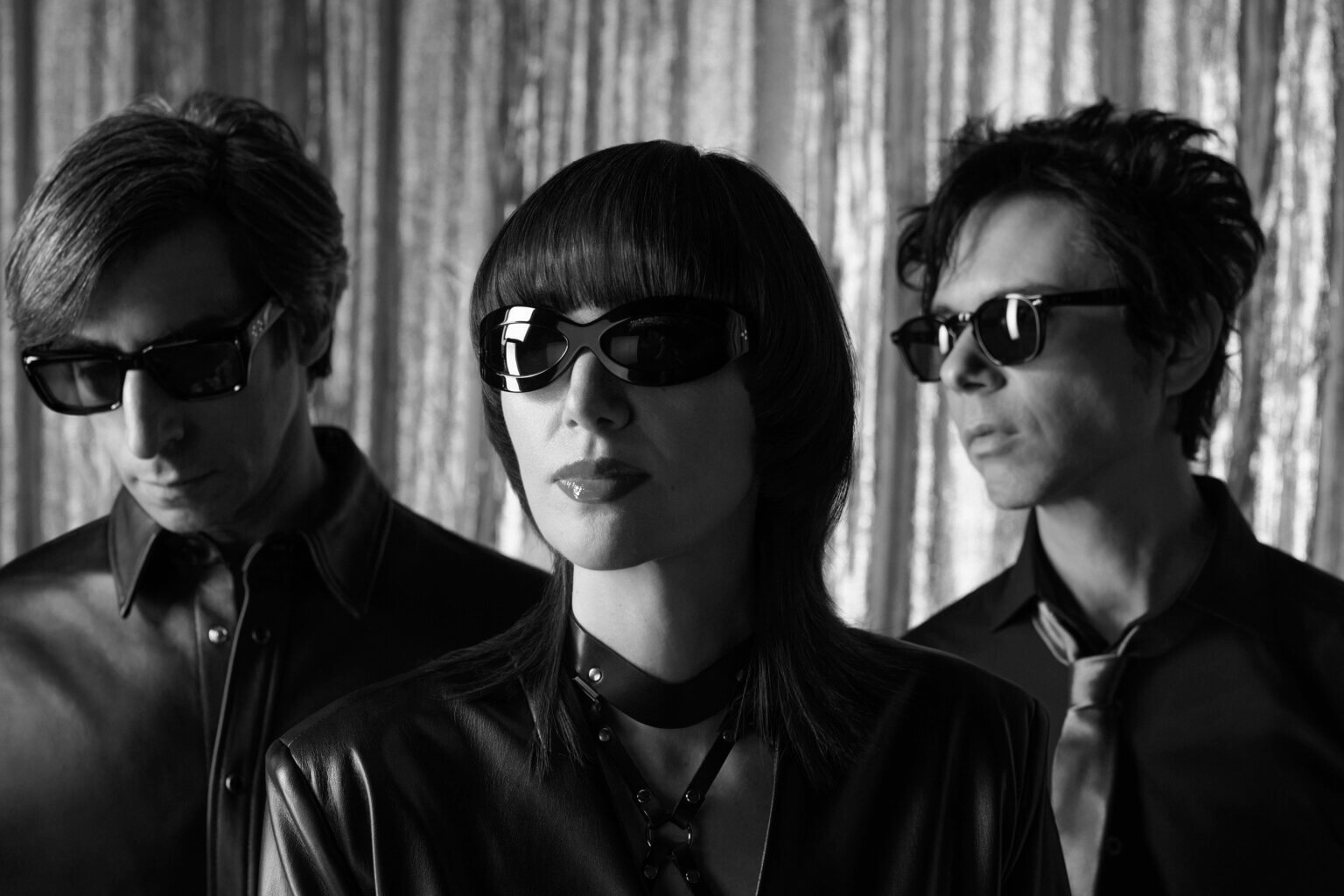 Yeah Yeah Yeahs have officially announced their new album Cool It Down, will be released on September 30th via Secretly Canadian. Along with news, the band has shared the album opener and first single from the record, the Dave Sitek-produced “Spitting Off the Edge of the World” feat. Perfume Genius. The song features the vocals of Karen O and Perfume Genius. The lyrics reflect on the state of the environment, and the need for honesty about the damage we’re doing to the Earth. Karen explains, “I see the younger generations staring down this threat, and they’re standing on the edge of a precipice, confronting what’s coming with anger and defiance,” she says. “It’s galvanizing, and there’s hope there.”

Perfume Genius also co-stars alongside Karen in the visual for “Spitting,” as an avenging angel limo driver to her desert rebel queen. The visual was directed by longtime YYY’s collaborator, Cody Critcheloe (aka Ssion), who designed the artwork for Fever To Tell and also directed Perfume Genius’s “Queen” video.

“To all who have waited, our dear fans, thank you, our fever to tell has returned, and writing these songs came with its fair share of chills, tears, and euphoria when the pain lifts and truth is revealed. Don’t have to tell you how much we’ve been going through in the last nine years since our last record, because you’ve been going through it too, and we love you and we see you, and we hope you feel the feels from the music we’ve made. No shying away from the feels, or backing down from what’s been gripping all of us these days. So yes we’ve taken our time, happy to report when it’s ready it really does just flow out,” says Karen O.

“The record is called ‘Cool It Down’ which is snagged from a lesser known Velvet Underground Song. I told Alex Prager whose photo graces our record cover that her image speaks to sweeping themes in the music and sums up how I, Karen, feel existentially in these times! But there’s always more to the story. This is how our new story begins, we present to you with heads bowed and fists in the air Spitting Off the Edge of the World featuring Perfume Genius.

A note on this video, it’s a dream collaboration with one of our favorite artists of the 21st century Cody Critcheloe who did the artwork for our first record back in 2003 and has been making visionary music videos for the last decade. The time to collaborate again came with Spitting, the shoot in Kansas City was dream-like, the dreams you have after eating something really greasy right before bed; bizarre, poetic, and intense. Perfume Genius was incredibly gracious to roll in the very cold mud as my co pilot and steal scene after scene with his surreal charm. We trusted Cody implicitly, he surpassed expectations and gave us our November Rain. YYY’s spirit is alive and well through the eyes of Cody Critcheloe. Custom Yeahs limo was largely his handiwork, fueled on love.”

Pre-order Cool It Down by Yeah Yeah Yeahs HERE