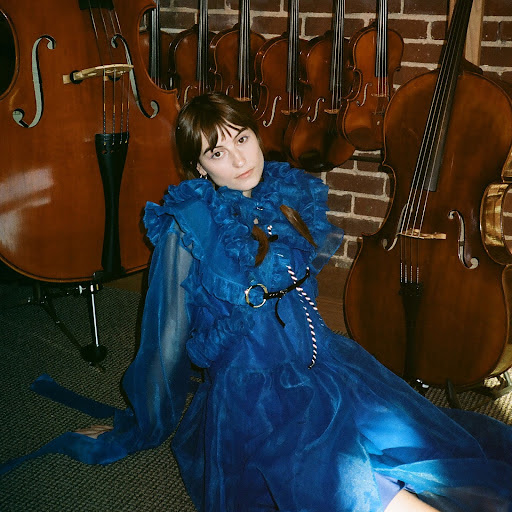 Faye Webster, has announced Car Therapy Sessions, an EP of new and re-imagined songs by Webster, backed by a full orchestra. The album will be released on April 29th via Secretly Canadian. To mark the occasion she has shared the title track, “Car Therapy,” and its companion video directed by Sean Valdivieso and edited by hbaCreate. The video gives a window into the incredible recording process that took place at Spacebomb Studios. The orchestra was headed by Trey Pollard who was responsible for both conducting and arranging. Drew Vandenburg produced and mixed the EP.

Webster immediately knew the Athens-based players she wanted to record with and headed into the studio with Vandenberg (Deerhunter, Of Montreal, Kishi Bashi). They assembled a band including Harold Brown on drums, Bryan Howard on bass, Nic Rosen on keys and Matt “Pistol” Stoessel on pedal steel – one of the most reliable and essential musical elements of Webster’s records.

At just 16, Webster released her debut album, Run & Tell. Like other teenage phenoms Jackson Browne and Laura Marling, it exhibited stunning lyrical and artistic clarity. Her Southern roots were obvious but Webster had more than country music inspiring her worldview – she was deeply embedded in the culture of her hometown, Atlanta. L’il Yachty was her classmate, she was sneaking out to see underground shows and fortuitously had befriended rapper/producer Ethereal while in High School. She went on to sign to Awful Records, making her label-mates with Father, Playboi Carti and Ethereal. To the outsider, an odd home but Webster shared the same weirdo art-kid ethos of her label mates – impossible to peg, endlessly experimenting, making shit, doing stuff, genre-fluid rule breakers.