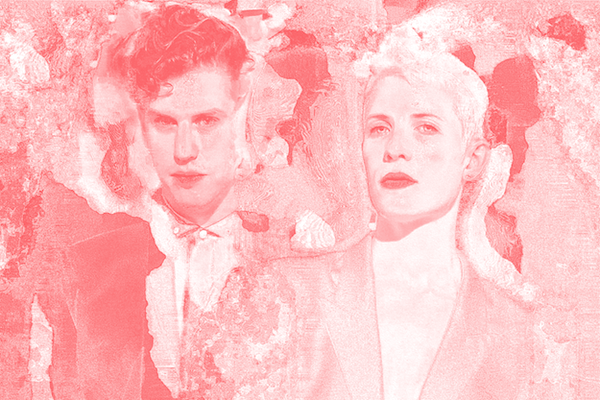 With next week’s release of I Thought The Future Would Be Cooler on the horizon, YACHT are excited to stream the album in full now via iTunes First Play. A sweeping and visionary critique of the 21st century, I Thought The Future Would Be Cooler reveals the band at its most self-assured: critical, funny, tough, and musically diverse, crafting an infectious and hyperactive conceptual pop that seems to seep through the walls of an alternate universe. YACHT’s knowing references to technology, feminism and media are layered in complex arrangements in songs about holograms and phones, police violence and identity, sex and the future. The band fully lives up to the acronym that is their name: “Young Americans Challenging High Technology.”

Fans can also stream a track, the insane “Ringtone,” on Soundcloud right now. YACHT write, “‘Ringtone’ is about how actually talking on the phone has become so rare that it’s almost sensual—even frightening. Voices are charged with meaning that text alone can’t convey. This is particularly interesting in the light of the fact that although we rarely talk to one another, we do chatter constantly with little female assistants imprisoned in our phones.”

YACHT have teased their forthcoming album with a variety of conceptual stunts over the past few months: drones and billboards, museum installations and GIFs, fax machine art and Uber data. Billboard write, “while YACHT masterminds Jona Bechtolt and Claire Evans are pointing out the future’s uncoolness they are ironically doing it in mind-blowingly cool terms.” A timeline of their unique technological subversions can be followed at http://ittfwbc.com/.

The band will be touring this fall, bringing their computer rock show to New York, Los Angeles, and more—all dates, including a European tour, are below.