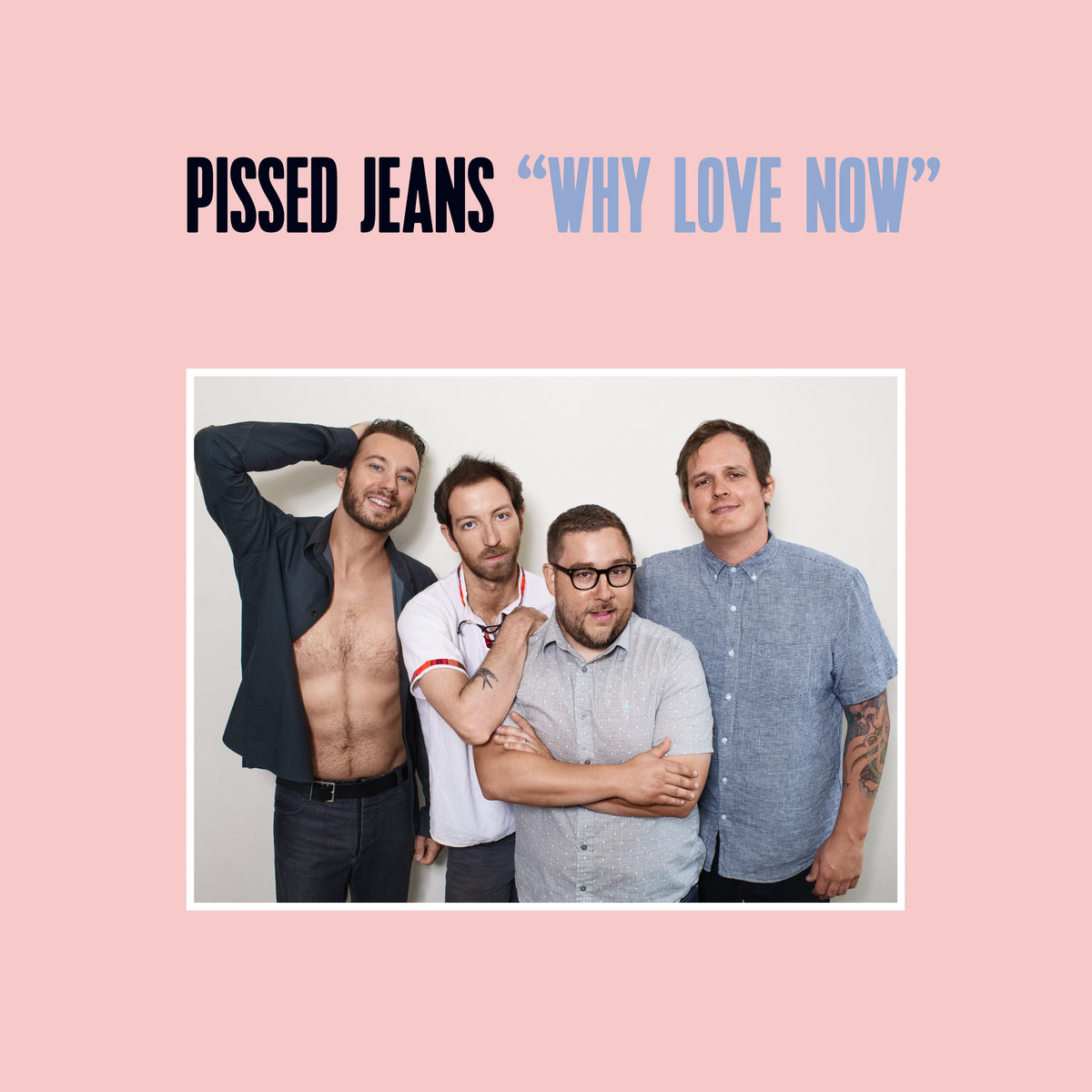 Pissed Jeans are a band that can simulate the worst parts of humanity without falling into the trap of romanticizing and reaffirming the ugliness. Their fourth album, Why Love Now, is a caustic, squirm-inducing assault on machismo that keeps focused throughout. It picks up right where their last release, Honeys, left off: the dredge of office work, the pathetic, mind-numbing details of modern life. As its name suggest, the album puts more pressure on the idea of desire  – particularly male desire – than the band’s earlier releases, proving it to be just as depressing and painfully banal as everything else.

Pissed Jeans first target on the album is always punk rock masculinity more than it is poppy frat guy culture, hitting close to home rather than opting for an ambiguous enemy. Inhabiting a host of unpleasant characters, the all-male four piece twists the knife, and makes it clear that the criticism is always at least partially aimed at themselves.

The band is a good match for Sub Pop – the music is forward thinking and aggressive without being pretentious or ham-fisted. The No Wave influences on this album play in well. The album was co-produced by No Wave pioneer Lydia Lunch, who’s also known for her crude and chaotic take-no-prisoners style. Just as things get too hair rock on Why Love Now, the band pants’ it, stripping the music down to a cruel east coast punk. Kovette’s voice usually cuts through the 80’s power chords regardless – a gravelly, off-key wailing that sounds like the bottom of a car scrapping against the road. It’s that desperate brutality mashed in with a noisy backline that makes Why Love Now feel like hard rock that’s rotting from the inside out.

The album starts with “Waiting on my horrible warning”, a pounding, humid number that comes to a halt midway, only to pick up again at the same gruelling pace. The tom-heavy drumming is more driven on “The Bar is Low”, a nihilist single that sees Korvette’s guttural howling come through in full force. The album hits its stride with “Ignorecam” and “Cold Whip Cream” (a pair of songs that manage to quickly drain all the erotic energy out of two supposedly sexy things) and then hits a peak on “Love Without Emotion,” a track that ranks among Pissed Jeans best. The hook alone makes the song a highlight, but a humble, and oddly melancholic guitar lick reminds the listener that even in parody, the stakes are real. In all its filth, “Love Without Emotion” has something lasting to it.

“I’m a Man” offers a definite midpoint for the album – difficult to stomach, notably violent, it’s spoken lyrics over flat, driving instrumentals, delivered by author Lindsay Hunter. With a woman at the reins, Pissed Jeans turns to a darker humour, the most searing image being in the song lyrics being that of an ape touching itself with leathery hands.

“(Won’t Tell You) My Sign” does a lot with very little, taking aim at New Age spiritualism as a cover for womanizing (“Why don’t you heal me with that crystal and heal me with a gem/You think I’m one of you, but really I’m one of them”), anchored by a thick, satisfying bass tone and an excess of distortion that all gets its plug pulled in a sudden, powerful cut. The album ends with “Not Even Married,” a high-strung, accusatory dig into abusers who feign emotional distress during breakups. The song is a perfect testament to Pissed Jeans brand of misanthropy, a perpetual breakdown that comes at a forward charge, thrashing its limbs at everything in front of it. Why Love Now is a crucial statement on misogyny from a band that’s been around long enough to deliver the goods.