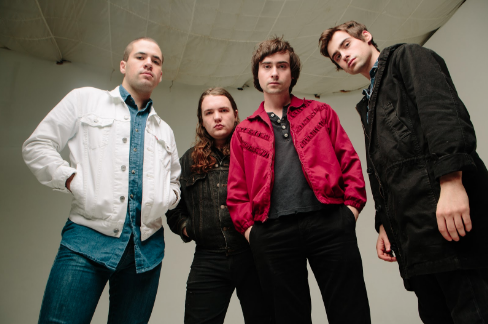 Today, White Reaper have announced the release of their newest album, The World’s Best American Band, out April 7th on Polyvinyl Records and today they shared the title-track. Previously, the band released their single “Judy French”.

Produced by Kevin Ratterman (My Morning Jacket, Young Widows), guitarist/vocalist Tony Esposito explains the bold album title and band mantra: “Because we are the best. Just like Muhammad Ali was the greatest, you gotta say it out loud for people to believe it.”

The boys, from Louisville, Kentucky are hitting the road in 2017, with festival dates confirmed at Hangout, Bunbury and Bonnaroo already confirmed. They have also just announced a hometown record release show on April 8th at Zanzibar. Stay tuned for many more dates to come.