Watch The Bird and the Bee video 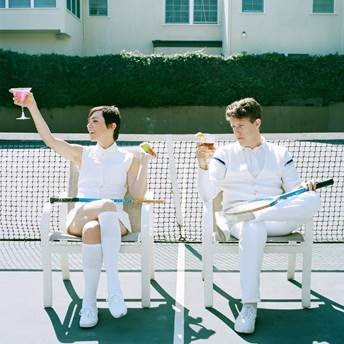 Los Angeles-based duo The Bird and the Bee are releasing their fourth album Recreational Love on Friday, July 17th.To celebrate, the band has shared a new music video for “Will You Dance?” which features comedian Patton Oswalt and The Big Bang Theory’s Simon Helberg.

The Bird and the Bee will perform at The Theatre at Ace Hotel in Los Angeles on July 12th. They will also host a special album release show in New York City on July 17th at Webster Hall.

Recreational Love came to life over a half-decade of songwriting and recording. “We didn’t mean to take so long but life ended up getting in the way, in a great way,” says vocalist Inara George, who formed the duo with multi-instrumentalist Greg Kurstin in 2005.

Though it’s The Bird and the Bee’s first album of original material since Ray Guns Are Not Just the Future. Recreational Love perhaps more closely follows their 2010 album Interpreting the Masters, Vol. 1: A Tribute to Daryl Hall and John Oates.