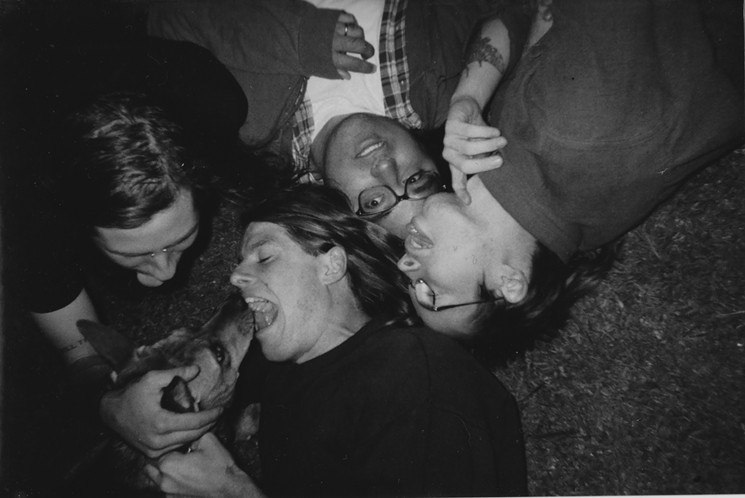 With just a fortnight or so before their American tour unfurls in support of their recently album, 1000 Days, Wand have something else for their fans to look at, too! For their deep-album cut “Sleepy Dog,” they’ve turned to Meghan Tryon and Garrett Davis for something to accompany their tune – a toon of its own, as it transpires. But definitely the kind of toon you only see in your mind’s high, a technicolor black-and white extravaganza that tells the tale of the song-dog with the creeping humor that we’d expect from Python’s 21st century flying circus, wherever it may be. This extraordinary video is a refined sensory experience that treats your eyes to a visual feast. “Sleepy Dog” revels in the hallucinatory synthetic animation of worlds unknown – and yet somewhat slightly familiar to our collective unconscious.

The turning paranoia, hi-fi noises, the visual supernova; does the nice dog exist, or does it represent something bigger?

Wand’s North American tour kicks off later this month, check out the dates below: