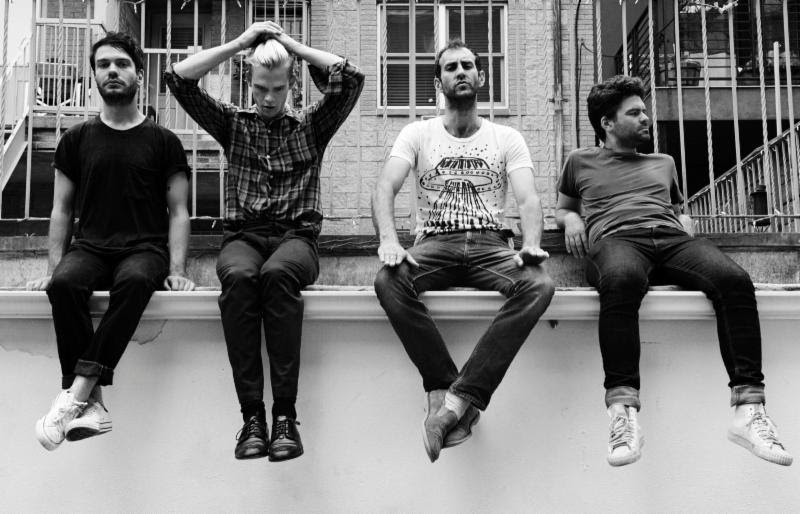 The band formerly known as Viet Cong have today announced their new name, moving forward they will be called Preoccupations.

In a statement released today they said:

“After finishing our latest record and taking some time off, we are excited to announce that we will be performing and recording as “Preoccupations” going forward. We will be previewing new material from a forthcoming record in a series of festivals and shows in North America and Europe in the coming months. We apologize to those who were adversely affected by our former band name. This was never anticipated nor our intent. We are artists and not politicians, we understand that the name reflected pain to some individuals and we are happy to change it and move on and focus on our music. Thanks to all our friends and fans. See you all soon.”

Matt Flegel told Pitchfork recently “We were pretty naive, and pretty ignorant on the subject. We know a lot more now. If we knew what we know now then we would definitely not call the band that.”

Flegel goes further saying “I don’t really keep track of what people are saying online or social media. Anything I learned was face to face from people at shows, and directly from protesters, and hearing stories about Vietnamese refugees. We’ve never really read about that side of things; we didn’t know anything about that side of the war. But it was an eye-opener, and it was great talking to people about it, hearing things directly from people who have had the experience of the terrible things coming out of the war. It was always civil, and we met some great people because of it. We talked to fans of our band who are of a Vietnamese background. It’s really helpful to have a face-to-face conversation with another human being that has family, or has been directly affected by something, rather than just hearsay on the internet. It’s a different thing, going out and getting a group of people protesting a show. It was something I was fully in support of the entire time. I tried to talk to people as much as I could and learn as much as I could. I was impressed that people were getting together in real life to do something about it.”

Preoccupations have been hard at work recording their new album which will be released this fall on Jagjaguwar / Flemish Eye.

“We’ve learned a lot for sure. It was never our intention to hurt anyone, and it puts you in your place a little bit. It’s embarrassing, but it’s nice that we can continue on and change things and change mistakes. In a way, it’s a nice way for us to come into making a new record-having a clean slate with a new band name. I think it’s a little bit less pressure to make something that sounded like the last couple of records. You’re less attached to certain sounds and certain ideas you might have gone with.”

The band will be playing a series of summer festivals including FYF and Sasquatch and are expected to debut some of the new material at these shows. All tour dates are listed below.