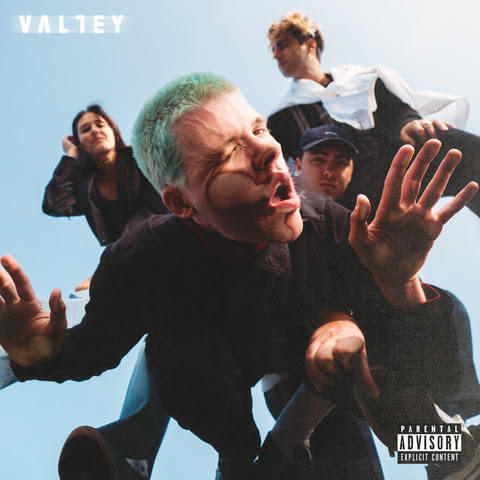 The genesis of Valley borders along a similar plot line to the romantic-comedy movies you might find yourself watching on Netflix. Once two separate bands, the outcome of accidentally double-booking studio time resulted in two bands amalgamating into one. It was a match made in heaven and resulted in millions of streams online and lucrative touring opportunities with bands like The Band Camino and Lennon Stella. Now, the Canadian alternative pop collective is back with their newest EP, sucks to see you doing better.

The lyrical honestly of “sucks to see you doing better” showcases the gut-wrenching feelings of attempting to move on from a failed relationship. The title track opens the EP to a story all too familiar about the candid feelings someone is not supposed to share with an ex. Fans are allowed in to a familiar Valley sound which highlights the band’s unique vocal characteristics. Lead signer Rob Laska shares vocal responsibilities with drummer Karah James, presenting an exclusive opportunity to tell the same story from both sides.

Sharing vocal duties again on “hiccup” it’s clear Valley is at their strongest when both Rob and Karah share the mic. In another telling tale of ruining a relationship, “hiccup” is the uncomfortable conversations you have with yourself when it’s time to admit guilt. Giving fans both the original and acoustic versions on the EP, “hiccup” stands out as the album’s most versatile track.

Something to note about Valley is the consistent quality of production throughout each of their songs. Self-produced by the band, the EP is yet another example at how Valley’s talents go beyond the songwriting and performing process. Each track is a multi-layered composition with captivating notes of exploration and curiosity which allows fans to go beyond the traditional means of songwriting. Pulling sounds from drum machines and synthesizers, the band refuses to stay true to any form of tradition. It’s their boldness and creativity that makes Valley the Canadian answer to bands like The 1975 or LANY.

Concluding the EP is “homebody” and “BE THE ONE,” which again shines light on the band’s impressive production techniques and their ability to create overly complicated sounds in a multifaceted fashion. “BE THE ONE” pulls elements from traditional pop music, along with sonic hints from the electronic and techno worlds. Musically it’s deep and will keep listeners busy.

Sonically, the band’s simplest contribution to the EP is “homebody,” which is melodically driven and lyric focused. The song is easily digestible and unfortunately resonates all too well with the majority of us also becoming homebodies this year.

While at first the tone of the EP alludes to being your stereotypical breakup album – don’t be so quick to categorize Valley into being just another pop band. They exude creativity on all of their releases and have mastered the equation of writing for the dramatically eclectic minds of younger generations. Valley knows what fans want to hear and have delivered just that on sucks to see you doing better. 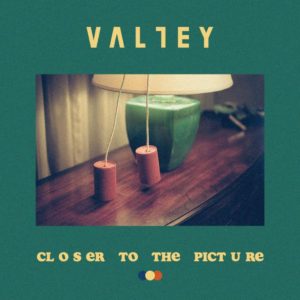 “Closer To The Picture” Valley